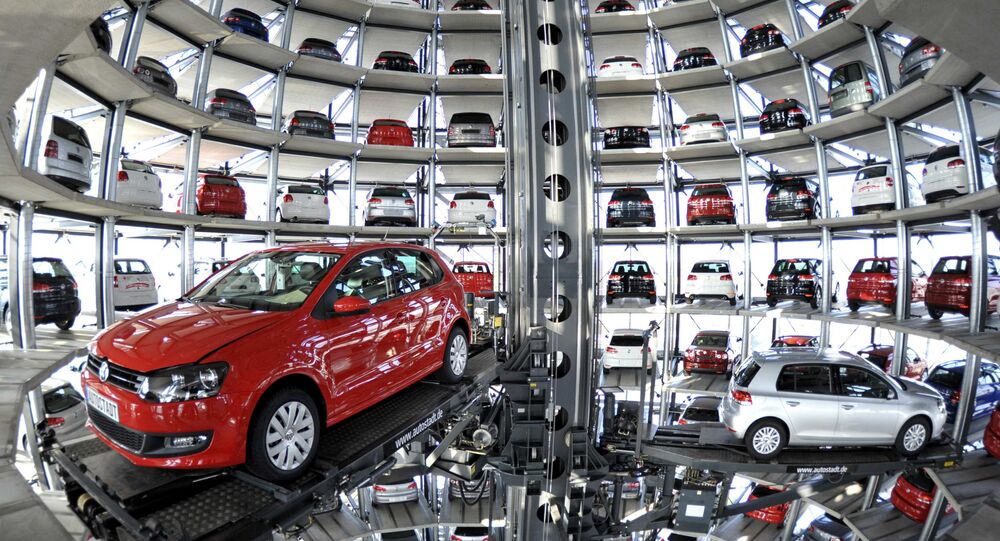 Three European signatories to the Joint Comprehensive Plan of Action, also known as Iran nuclear deal, initiated the accord's dispute mechanism on 14 January thus threatening to put an end to the agreement's existence following the US withdrawal from it in 2018.

German Defence Minister and head of a governing coalition party, the CDU, Annegret Kramp-Karrenbauer has confirmed that the US indeed threatened to slap import taxes on European cars, if Germany, France, and the UK don't put more pressure on Iran regarding its nuclear activities. The minister didn't elaborate about exactly when the threat was expressed, but stressed that Germany will not support Washington’s policy of "maximum pressure" against Iran.

The Washington Post earlier reported that US President Donald Trump threatened the EU with 25-percent tariffs on automobiles if the three countries don't ramp up their pressure on Tehran and initiate the Iran Nuclear Deal Dispute Mechanism.

Kramp-Karrenbauer noted, however, that the triggering of the mechanism was not a reaction to US President Donald Trump's tariff threats. She assured that the mechanism was triggered due to Iran's recent decision to end its compliance with the nuclear accord in light of US sanctions and the EU's inability to overcome them.

Three signatories to the Joint Comprehensive Plan of Action (JCPOA, also known as Iran nuclear deal), namely the UK, Germany, and France initiated the dispute mechanism on 14 January following Iran's statement that it had stopped adhering to the accord's provisions. Their complaint will be reviewed by the Joint Commission and could potentially lead to the deal’s demise.

Tehran and Moscow vehemently slammed the European countries' decision, insisting that there were no legal grounds for it. Russia expressed concern over the European nations' intentions to "escalate" the situation around the JCPOA despite their previous claims about wishing to save the nuclear pact after the US withdrawal from it.

Iran started gradually scaling back on its commitments under the nuclear deal in May 2019, a year after the US walked out of the accord and imposed harsh sanctions against the Islamic Republic. Tehran slammed the EU over its inability to finish the INSTEX mechanism, designed to help foreign businesses to overcome the US sanctions in trade with Iran and argued that the country can't fulfil its end of the JCPOA, while it doesn't receive benefits from it.