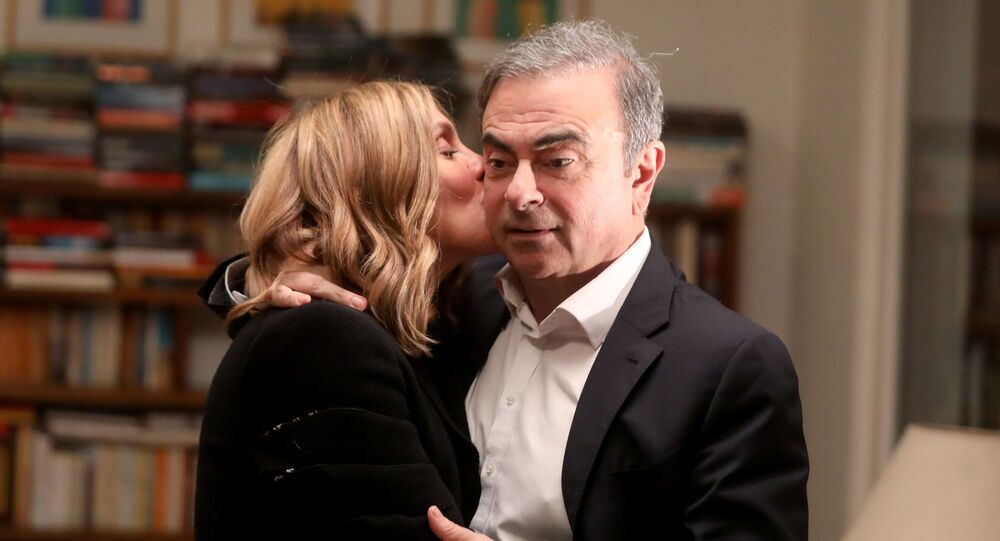 In late December, former Renault-Nissan Alliance chairman Carlos Ghosn made a dramatic escape from house arrest in Japan, where he is accused of financial misconduct, the misuse of Nissan's assets, and underreporting of his earnings. The 65-year-old tycoon, who reportedly departed for Lebanon, denies all the charges

In an exclusive interview with Reuters, fugitive former Renault-Nissan Alliance boss Carlos Ghosn and his wife specifically gave their thoughts on how they feel about the tycoon’s dramatic escape late last month from house arrest in Japan, where he faces a spate of charges, including significantly under-reporting his income during his time as Nissan chairman.

“I spent 18 years in Japan; I never suspected this brutality, this lack of fairness, this lack of empathy”, Carlos Ghosn, a Brazilian-born French citizen of Lebanese descent, told Reuters, referring to Tokyo’s drive to persecute him.

He said that he did not think twice before fleeing to Lebanon with a small group of people, a plan that he said cost him a “reasonable price” and came amid top secrecy.

“The first rule if you want to do something like [sic] is that no member of your family should be aware because they become very anxious”, the tycoon noted.

His wife, Carole Ghosn, showed mixed reaction regarding the topic, at first saying “Yes!” when asked whether she would have dissuaded her husband from escaping Japan.

Shortly after, she, however, retracted on her words, referring to her mixed feelings about the situation.

“No. I mean, actually, let me rephrase. If you told me this at the beginning, I would have said ‘No, of course not’. You’re going to fight this and prove your innocence […]. But then, with time, we saw how the prosecutors were behaving […] I said ‘Oh my God my husband is never going to get a fair trial’ and I was desperate”, she pointed out, adding that she is “happy he did it”.

Touching upon Japanese prosecutors issuing an arrest warrant for her, Carole Ghosn said that “what they’re accusing me of is a bit of a joke”.

“I testified for hours and they told me you are free to go, and now, nine months later […] this comes up. They are vindictive. This has nothing to do with the law”, she asserted.

Dwelling on their everyday in Beirut, the couple said that it typically includes working with their legal team and spending evenings with their friends.

The two concluded by saying that they are both happy to stay in Lebanon forever and will “never” return to Japan.

The interview followed Japanese authorities requesting Interpol to place Carole Ghosn on its wanted list on Sunday, a few days after Tokyo issued an arrest warrant for her. Lebanon does not have a formal extradition treaty with Japan.

Carole Ghosn is being accused of lying when questioned about her husband's potential crimes, while also assisting his escape to Lebanon via Istanbul from Japan, where he faces charges on financial misconduct, the misuse of Nissan's assets, and underreporting of his earnings.

The tycoon, who rejects all the accusations, insisted that he had organised his dramatic escape on his own, denying his family played any role in it.

Earlier, Lebanese authorities imposed a travel ban Carlos Ghosn following his questioning by investigators amid a warrant issued by Interpol.