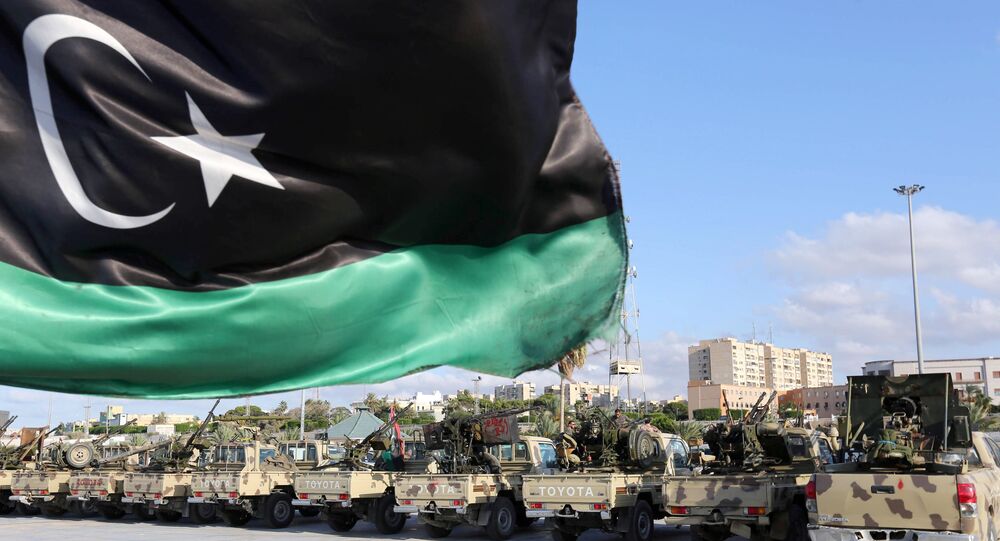 Marshal Khalifa Haftar, the rebel commander of the Libyan National Armyis has held talks in Moscow with representatives of Libya's internationally-recognised government. The prospective ceasefure is set to stop the advance of Haftar's forces on Tripoli, which is home to the UN-backed government.

Field Marshal Khalifa Haftar has demonstrated willingness to reach a ceasefire with the Tripoli government during Moscow peace talks, Russia's Defence Ministry said in a statement on Tuesday.

Russia is mediating the talks between Haftar, associated with the Tobruk government that controls the east of Libya, and the Tripoli-based Government of National Accord (GNA).

The GNA has signed a draft version of the final statement, but Khaftar left Moscow on Tuesday without signing a ceasefire agreement, saying he would need two more days to discuss it with allies in Libya.

Haftar and the UN-recognised GNA, respresented at the talks by Prime Minister Fayez al-Sarraj, have nevertheless reached an agreement on ceasefire "in principle", paving the way for another round of peace talks to be held in Berlin later this year, the statement said.

During the negotiations, according to the Defence Ministry, both sides reaffirmed their commitment to Libya's “sovereignty, independence, unity and territorial integrity”. Moscow said that it would continue mediation efforts.

Tripoli has been under siege by Haftar-aligned forces since last April. Skirmishes renewed near the capital last month after Haftar announced the “decisive” battle to take over the city.

Libya has been torn by violence and political infighting since the overthrow of its long-time leader Muammar Gaddafi with the help of NATO missiles in 2011. The current division has its roots in 2014, when the national parliament fled to Tobruk after militias attacked Tripoli.