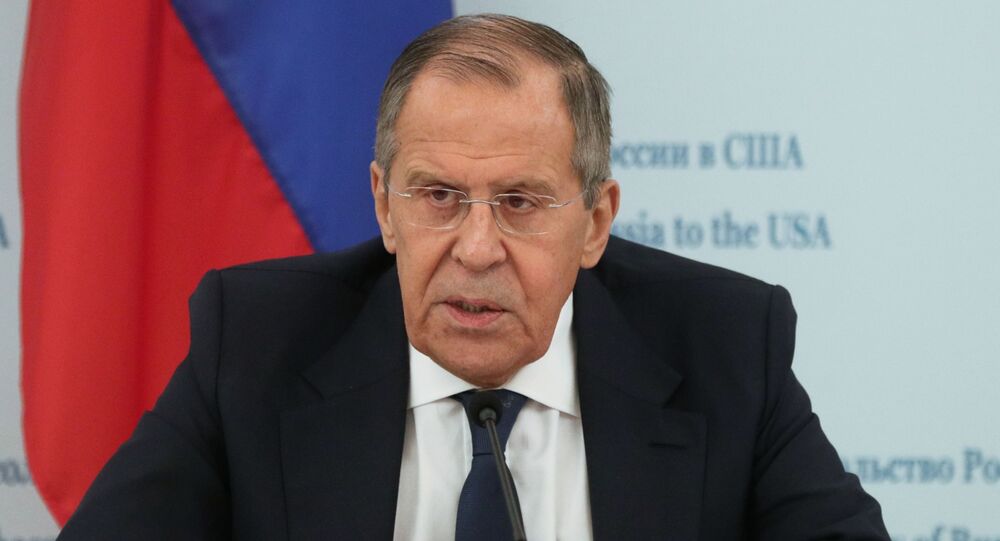 MOSCOW (Sputnik) - The concept of a "free and open Indo-Pacific region" promoted by the United States is destructive, as its goal is to divide the regional countries into "interest groups," Russian Foreign Minister Sergey Lavrov said ahead of his visit to Sri Lanka.

With the visit to Sri Lanka on Tuesday, the top Russian diplomat starts his Asia tour, which also includes India and Uzbekistan.

"The concept of a 'free and open Indo-Pacific region' promoted by the United States has not a unifying but a destructive potential. Its true objective is to divide the regional states into 'interest groups,' weakening the newly-established regional system of inter-state relations to assert dominance," Lavrov said in an interview with Sri Lankan newspaper Daily News.

"The Indian Ocean should not be a cockpit of rivalry but an area of cooperation between costal and island nations jointly creating the conditions for sustainable social and economic development within regional entities, such as, for instance, the IORA, SAARC or BIMSTEC," Lavrov stressed.

Lavrov noted that he was planning to discuss Russia and Sri Lanka's cooperation on energy, technology and agriculture during his upcoming visit to the country.

"Russia is willing to offer Sri Lanka the products of its domestic industries, particularly the air-craft industry. Collaboration in the energy sector, as well as cooperation in agriculture and in the introduction of advanced information and communication technologies look quite promising. Tourism remains another important area of joint action, since Sri Lanka has become a popular tourist destination among Russians. I expect these and other issues related to practical interaction to be substantively discussed during my visit to your country," Lavrov said.

The minister remarked that the two countries' trade had been at $400 million in the last several years, but the countries' leaders had set $700 million as a target. According to Lavrov, the diversification of Sri Lankan export, which is currently "dominated by just two items, tea and textile, accounting for about 90 percent of the country's trade," could help achieve this result.

Russia welcomes the plans of Sri Lanka's new leadership to "transform the island into a major commercial and financial center of Asia with focus on developing transport infrastructure, modernizing the agricultural sector and attracting high-tech investments," Lavrov told the newspaper.

Russia to Boost Role in Mideast in 2019, Unlikely to Influence Asia - Scholars