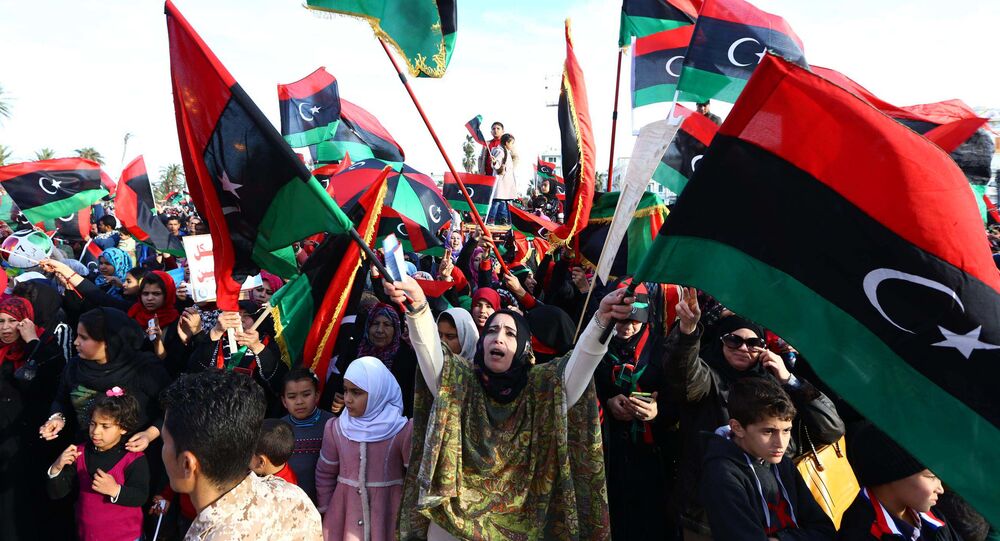 Earlier on Monday, Libyan Prime Minister Fayez Sarraj and Khalifa Haftar, who leads the forces in eastern Libya, sat down in Moscow to discuss the North African country’s crisis under the auspices of Russian and Turkish authorities.

Turkish President Recep Tayyip Erdogan has stated that he remains upbeat about the high-level talks on Libya that are currently under way in Moscow.

“I think that the negotiations will wrap up tonight; they continue on a positive note as I was informed. I hope that an agreement [on a peaceful settlement in Libya] will be signed soon”, Erdogan told reporters in Ankara on Monday.

He also voiced confidence that the Moscow talks would pave the way for the Berlin summit on Libya scheduled for 19 January and that “today in Moscow we will hopefully get excellent results”.

Sarraj, Haftar Sit Down for Talks in Moscow

The statement comes amid the ongoing talks in Moscow between head of the Libyan Government of National Accord (GNA) Fayez Sarraj and the chief of the Libyan National Army (LNA), Marshal Khalifa Haftar.

Last week, Russian President Vladimir Putin and his Turkish counterpart Recep Tayyip Erdogan agreed on a common stance regarding Libya, calling for a comprehensive ceasefire in the North African country and negotiations between the conflicting parties.

The ongoing Moscow talks focus on the current Libyan crisis which has escalated in the past few weeks after Haftar ordered his troops to advance on the Libyan capital Tripoli, controlled by the UN-recognised GNA. The city became a battleground of a similar attack in April when hundreds of people were left killed and thousands more injured.

The ouster and subsequent assassination of then-Libyan leader Muammar Gaddafi in 2011 resulted in a brutal civil war in the country which is now divided between two centres of power, including an elected parliament in eastern Libya and the UN-backed GNA in the country’s west.