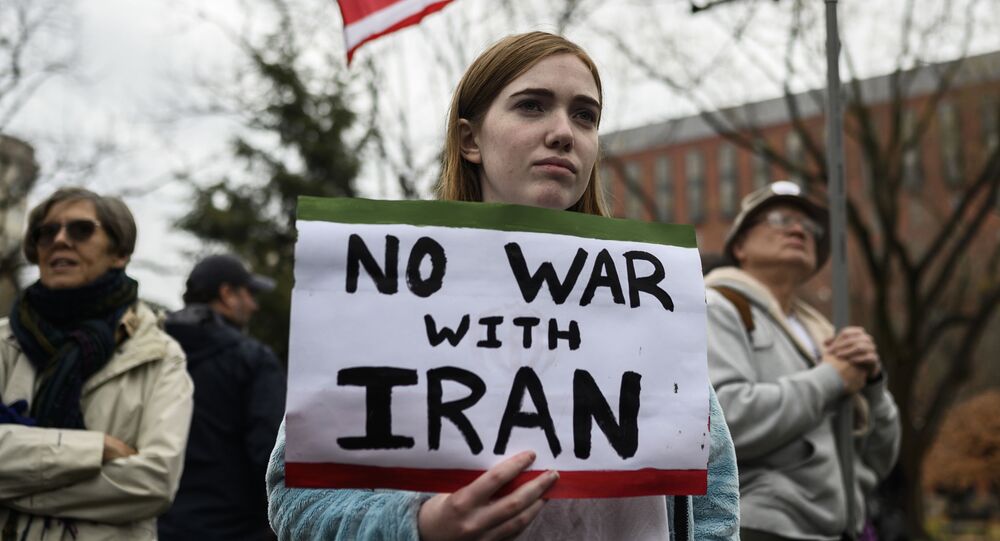 MOSCOW (Sputnik) - The majority of Americans disagree with US President Donald Trump’s policies on Iran and say the United States has become less secure after the assassination of Qasem Soleimani, commander of Iran's Islamic Revolutionary Guards Corps, a new ABC News/Ipsos poll revealed.

According to the survey, 56 percent of respondents disapprove of Trump’s actions related to the current situation in Iran. Slightly less, 52 percent of Americans, said Soleimani's death made their country less secure, 25 percent of respondents hold the opposite opinion, while another 22 percent believe that the assassination of the Iranian general did not have any impact on the security in the United States.

The US citizens also voiced their opinion on the possibility of the United States participating in a full-scale war with Iran.

The survey was conducted from 10-11 January among a pool of 525 respondents aged over 18. The margin of error is 4.8 percent.