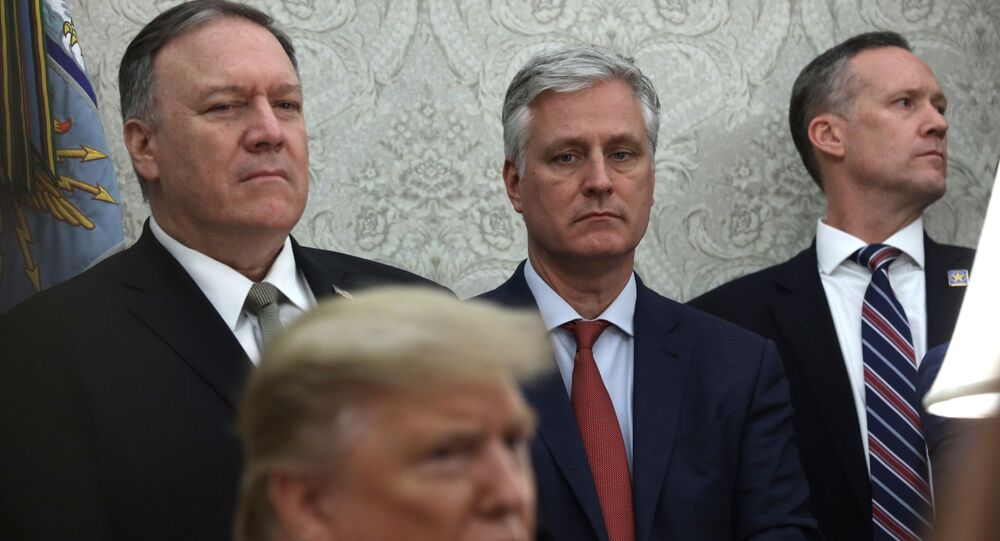 O'Brien Says US Ready to Reach Deal With Taliban, Reduce Contingent in Afghanistan This Year

MOSCOW (Sputnik) - White House National Security Adviser Robert O'Brien said that US President Donald Trump could reach a deal with the Taliban movement already this year and even if there was no deal, Washington would still reduce its contingent in Afghanistan.

"The Afghan forces are doing better, and I think we'll be in a position at some point soon, whether it's with a deal or without a deal, to reduce our military footprint in Afghanistan", O'Brien said in an interview with the Axios news portal.

In response to the question of whether Trump was going to conclude an agreement with the Taliban before the presidential election in the United States, O'Brien said that this could happen this year.

"I don't judge things based on when the election's going to take place, but I think it is possible that there'll be a deal this year",  the media outlet quoted the national security adviser as saying.

Earlier in the week, US Special Representative for Afghanistan Reconciliation Zalmay Khalilzad arrived in Qatar for a new round of bilateral peace talks with the Taliban, with many leading Afghan officials hopeful that a binding agreement can be signed between the two sides.

Leaving Afghanistan was one of Trump's key campaign promises. In mid-December, various media reported that Trump was planning to announce the withdrawal of 4,000 troops after the resumption of talks with the Taliban.

Washington sought a guarantee that the region would not become a safe haven for terrorists in exchange for its pullout from the country. Namely, it wanted that the Taliban would cut its ties with terrorists and instead would cooperate closely with the Afghani government.

The pullout never took place, however, and further details on when or if it would happen were not given. Many rounds of peace talks have been held with no significant result as well.