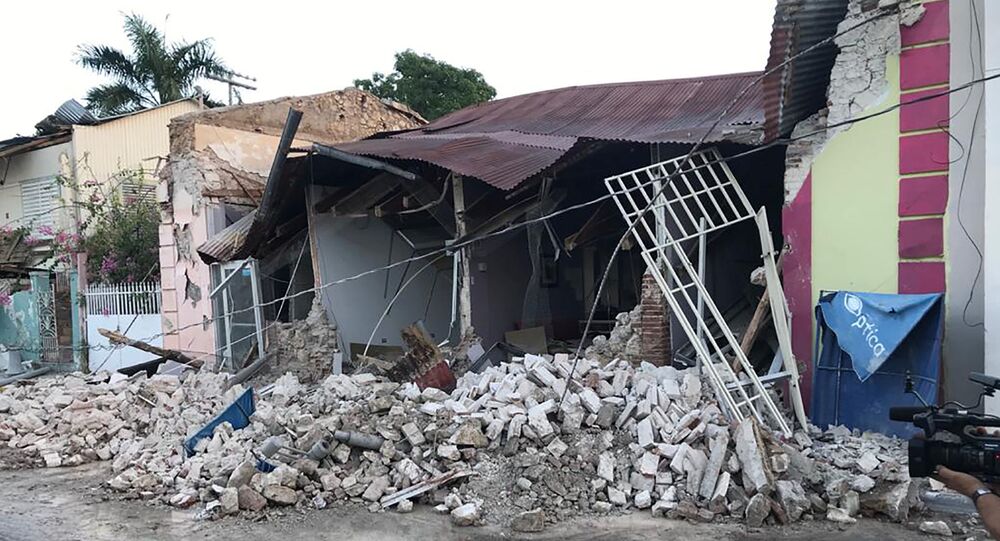 MOSCOW (Sputnik) - Puerto Rican Governor Wanda Vazquez Garced said that the damage caused by a series of earthquakes off the island's coast was about $110 million, media reported.

Several earthquakes in the course of last week, disrupted the energy supply system, infrastructure and destroyed a number of residential buildings. A 6.6 magnitude tremor occurred on Tuesday, after which the Puerto Rican authorities declared a state of emergency.

“The whole island is without power.”

An earthquake in Puerto Rico killed at least 1 person, collapsing buildings and knocking out power. The U.S. territory has been rocked by 10 days of tremors, including a 5.8 quake that destroyed a natural coastal landmark: pic.twitter.com/tkKHhWDI9g

​The last 5.9 magnitude earthquake took place on Saturday morning, while seismologists continue to record aftershocks in the region.

Pictures of damage coming out of Puerto Rico following the 6.4 magnitude earthquake pic.twitter.com/IQrBCztzfW

​According to the initial damage assessment, 539 structures have been partially destroyed, the Nuevo Dia newspaper reported.

6.0 magnitude earthquake in Puerto Rico over the last hour. This is after last Tuesday's 6.4 quake. Damage and additional power outages reported. #PuertoRicoEarthquakes pic.twitter.com/UDjwQBVUBH

​The government has also ordered that prices for food and items needed in an emergency situation be frozen, the media outlet added.

One of the island's power plants, Costa Sur, has been damaged, resulting in power outages in some households.