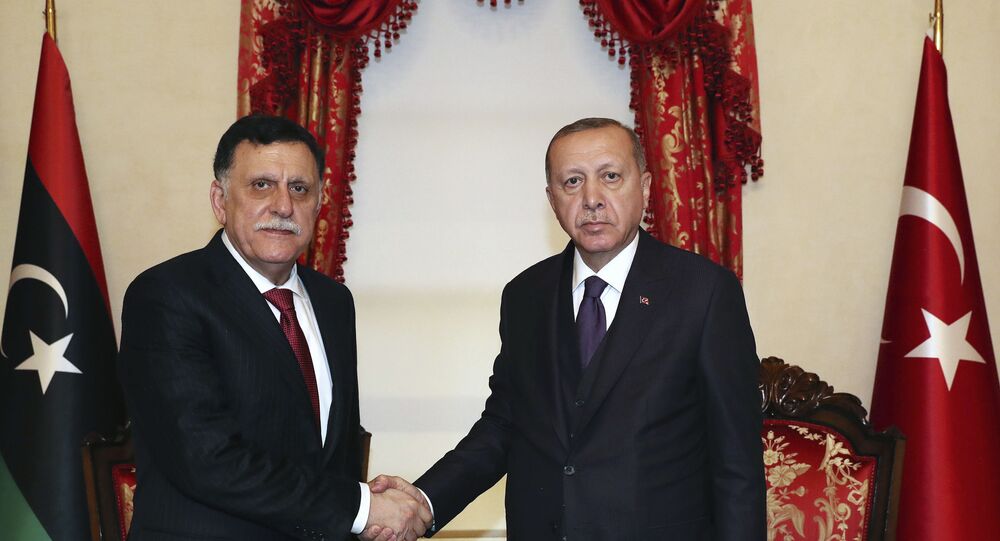 MOSCOW (Sputnik) - Prime Minister of the Libyan Government of National Accord (GNA) Fayez Sarraj is expected to visit Turkey on Sunday, where he will meet with President Recep Tayyip Erdogan to discuss the situation in Libya, the head of the Russian Contact Group for intra-Libyan settlement, Lev Dengov, said.

"After Italy, Sarraj will fly to Turkey, where he will meet with Erdogan and will discuss further settlement in Libya. I spoke with representatives of the Sarraj's office, which confirmed this", Dengov said.

On 8 January, Russian President Vladimir Putin and his Turkish counterpart, Erdogan, agreed on a common stance on Libya and called for a comprehensive ceasefire which was declared from 00.00 local time on 12 January in the west of the country. They also urged all conflict parties to begin negotiations.

The situation in Libya has escalated over the past several weeks as the Libyan National Army's commander Khalifa Haftar ordered his troops to advance on Tripoli, controlled by the UN-recognized Government of National Accord. The city has already suffered a similar attack in April that left hundreds of people killed and thousands more injured.

After the ouster and assassination of then-Libyan leader Muammar Gaddafi in 2011, the country was plunged into a brutal civil war. Today, Libya is divided between two centers of power: an elected parliament in the country's east, headed by Haftar, and the UN-backed GNA in the west.