As the Scottish National Party (SNP) has boosted its presence in parliament after the latest snap election, the nation’s capital has seen the first pro-independence demonstration in 2020 after the general election.

Protesters calling for a second Scottish independence referendum took to the streets in Glasgow on Saturday afternoon, voicing their opposition to the British government and Prime Minister Boris Johnson.

The demonstrators set off from Kelvingrove Park in the west end before making their way through the city centre, eventually ending up at Glasgow Green.

The march was organised by pressure group All Under One Banner, who predicted in advance of the event that around 100,000 people would turn out in solidarity to march with them, and while the attendance was nothing to be sniffed at, official figures came in much lower. 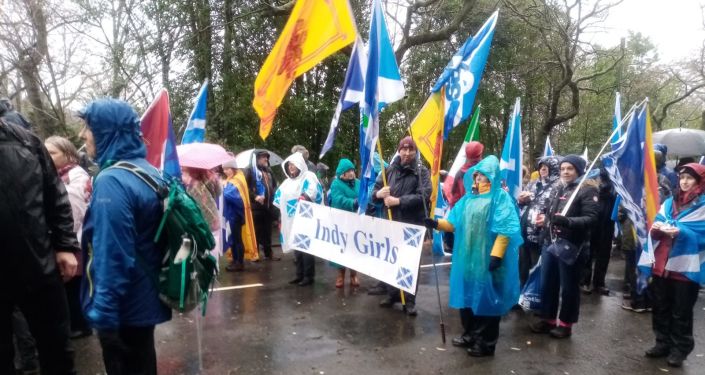 Jim McGregor from Glasgow said why he felt compelled to take to the streets:

“Tory austerity has always been a thorny issue in Scotland, and the Brexit referendum in 2016 really highlighted the divide between Holyrood and Westminster, as Scotland and Northern Ireland overwhelmingly voted to remain in the EU, whereas England and Wales did just the opposite”.

“Being forced out of the EU against our will, in addition to the prospect of having to put up with potentially five years of the Conservative Party in power, a party that doesn’t care about the needs of Scotland and its people, mean that now there is an even stronger case for Scottish independence; perhaps more so than ever before”, McGregor added.

Maureen Smith, another protester and who made the trip from Dundee, also gave her views on the demonstration:

“This is the first independence rally I’ve attended; I’ve never felt compelled to do so before, but I really feel that for Scotland’s economy to remain strong, we need the benefits that the EU brings us, our population is declining rapidly and without immigration it would continue to do so, never mind the fact that businesses large and small will likely suffer, at least in the short term".

The demonstration comes after Nicola Sturgeon’s SNP enjoyed a successful general election in December, standing on a pro-EU basis, whilst, ironically, south of the border in England, Conservative Party leader Boris Johnson won a commanding majority in the House of Commons, pledging to get Brexit done.

Sturgeon now claims that Scotland has a mandate to hold a second independence referendum, arguing that the country is being forced to sever ties with Brussels against its will. 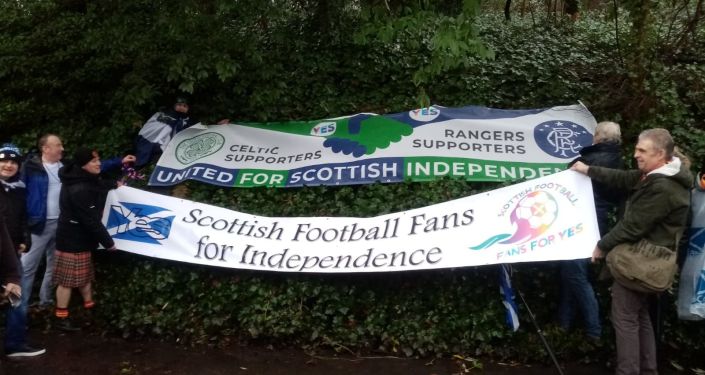 © Sputnik /
Organisers all under one banner set out their stall

Johnson and the Conservative Party have, however, repeatedly outlined that such a vote would not be permissible.

Despite this, Sturgeon has refused to accept defeat and is rumoured to be planning to bring her case to the British Supreme Court.