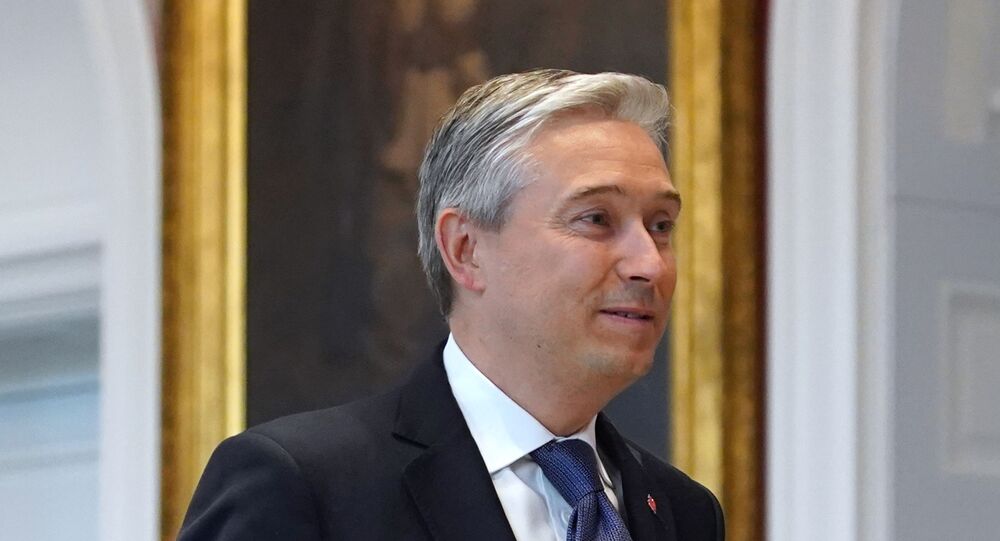 Number of Canadian Victims in Iran Plane Crash Is 57, Not 63 - Foreign Minister

On Friday, Canadian Foreign Minister Francois-Philippe Champagne said at a news conference that the number of passengers from Canada who died in the plane crash is 57, not 63, as was claimed earlier. He called it a very fluid situation.

The Foreign Minister also added that support for the victims' families remains the government's top priority and it is considering all options to do this.

According to Champagne, the government is slated to establish an emergency task group consisting of senior officials aiming at helping the families of the victims. The minister said that a coordinating group, dubbed the International Coordination and Response Group, has already been created.

Today, we convened the first call of the International Coordination and Response Group for families of victims of PS752. We will work closely together as we move forward. @VPrystaiko @AnnLinde @IdreesZaman @DominicRaab pic.twitter.com/NWsswcXDXh

Champagne confirmed that the number of passengers en route to Canada still stands at 138.

The Foreign Minister also announced that on Friday, Iran issued two visas to a Canadian consular team comprised of 12 Global Affairs Canada and Transportation Safety Board personnel stationed in Ankara. The rest he hopes will be issued soon.

According to Champagne, two Canadian investigators will be given access to Iran, one more than international law requires.

He said he understands that some debris from the crash site has been moved to a hangar.

"Time will tell and the world is watching", the government official told the news conference. "I think transparency is what the international community is looking for now".

Right after the accident Iran said that it occurred due to a technical error, while a number of nations, including the US, UK, and Canada, claimed they had information that the aircraft was accidentally shot down by an Iranian surface-to-air missile.

Ukrainian President Volodymyr Zelensky has also not ruled out the possibility of a strike but said it was still unconfirmed. Earlier on 9 January, Ukrainian Secretary of the National Security and Defence Council Oleksiy Danilov outlined four main versions of the crash: collision with another aerial vehicle, technical malfunction, terrorist attack, or air defence missile strike.

"We are in constant contact withour representatives. Claims that a missile struck the aircraft cannot be excluded, but as of today they remain unconfirmed. Considering statements made by the US, UK, and Canadian governments, we call on our partners to present evidence to the commission investigating the incident", he wrote on his Telegram blog.

Spokesperson for the Iranian Foreign Ministry Ali Rabiei said that his country welcomed the participation of other countries whose citizens died in the accident in the probe, but asked to refrain from speculating about the causes of the crash.

Eyewitnesses reported that the passenger jet caught fire mid-air, Iranian authorities said that the pilots didn't contact air traffic control or report any malfunctions. The authorities also said witness testimonies showed that the plane turned back towards the airport just as it began to fall.