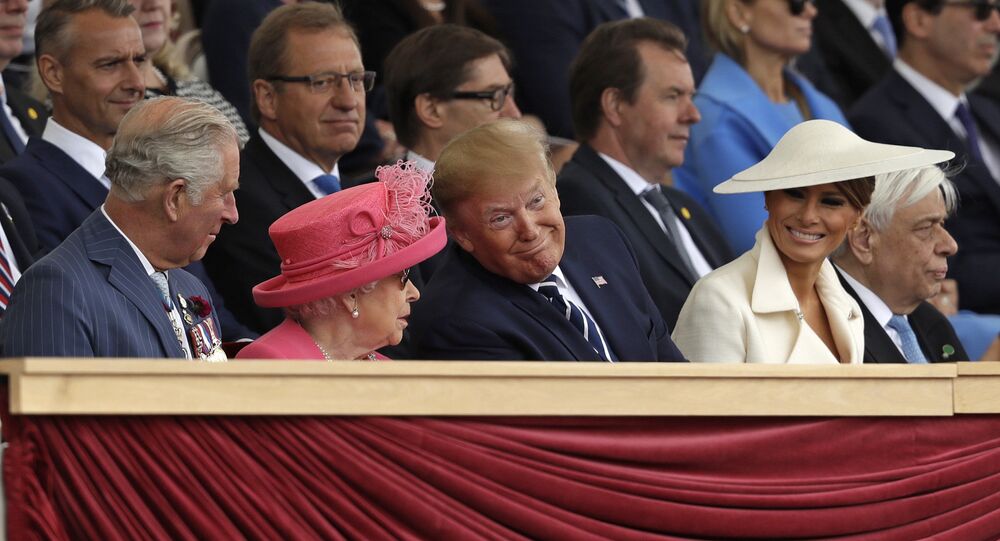 Trump Says Megxit 'Should Not Be Happening to Queen'

Prince Harry and his spouse Meghan dropped a bombshell when they announced they would be moving away from the Royal Family to "live independently", without consulting any senior royals.

US President Donald Trump told Fox News on Friday that Megxit "should not be happening to the British Queen", but wished "not to get into the whole thing".

"I just have such respect for the Queen. I don't think this should be happening to her", said Trump when asked if he had any advice to give "some of the rogue royals".

He also gave credit to Queen Elizabeth II for her "flawless" reign.

"She's never made a mistake if you look. I mean, she's had, like, a flawless time", the president said.

The president, however, did not elaborate on the ongoing drama within the Royal Family and whether Prince Harry "should come back and fix the whole thing", as the interviewer asked Trump.

Harry and Meghan's decision to "step back as royals" without any prior discussion with the Queen has come as a shock to the Royal Family, with many seeing the move as clearly "irresponsible". A senior source within Buckingham Palace shared that the Queen "was deeply upset", while Prince William, Harry's brother, and their father Prince Charles were "incandescent with rage".

A lot of speculation has been raised about Meghan Markle being behind the decision to stand down and move to Canada, as rumours suggest that the Duke and Duchess of Sussex do not get along with other members of the Royal Family, namely Prince William and his wife Kate. Meghan's controversial relationship with her own family was also broadly discussed both in newspapers and on social media.

Prince Harry, however, has been frustrated with the amount of attention his wife has received from the tabloids, mostly negative, saying she is "one of the latest victims of a British tabloid press that wages campaigns against individuals with no thought to the consequences".