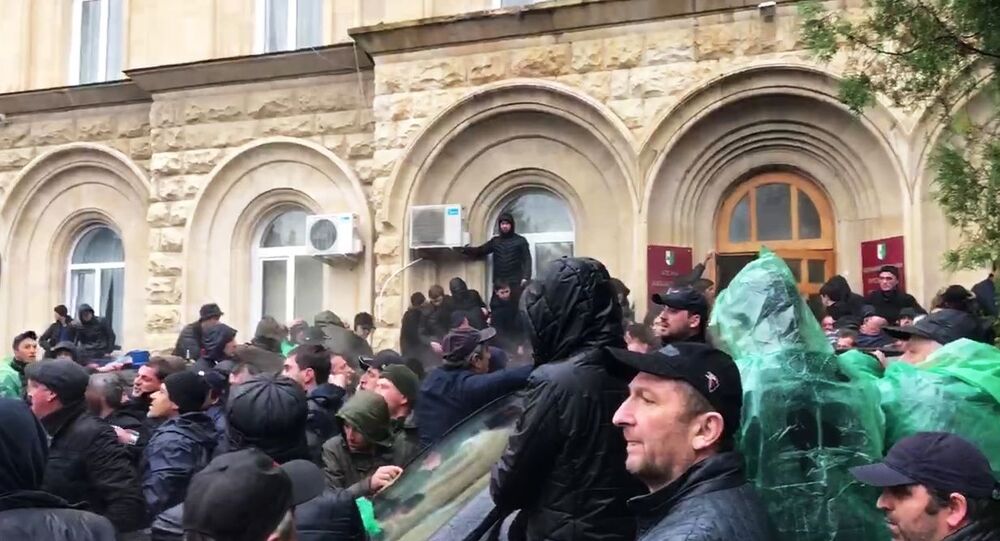 SUKHUM (Sputnik) – The Abkhazian presidential press service believes that the Supreme Court’s decision to annul the results of the presidential election is illegal and vows to appeal it.

Meanwhile, Abkhazian President Raul Khajimba and Deputy Secretary of the Russian Security Council Rashid Nurgaliyev discussed Friday the situation in the Caucasian republic, according to the Abkhazian presidential press service.

Earlier in the day, the republic’s Supreme Court overturned the decision of a lower court, which had upheld the presidential election results, and ruled to hold a vote rerun amid opposition protests.

On September 8 last year, Abkhazia held a runoff of the election, which was won by incumbent President Raul Khajimba, who got 47.3 percent of votes. His main opponent, Alkhas Kvitsinia, the leader of opposition Amtsakhara party, garnered 46.1 percent. The opposition now demands a new election, insisting that Khajimba had to get more than 50 percent of votes to be considered a winner.

Opposition protesters broke into Khajimba's office on Thursday. After an emergency meeting of the Security Council, the president said that security had been tightened. Meanwhile, the regional parliament recommended that Khajimba resign, but he refused and offered to start negotiations with the opposition instead.

The public unrest was triggered by the legal proceedings against Kvitsiniya, who wants to void the results of the September runoff election, as well as by the region's poor economic situation and corruption.

Abkhazian President Will Not Resign Amid Protests, Wants Negotiations - Official