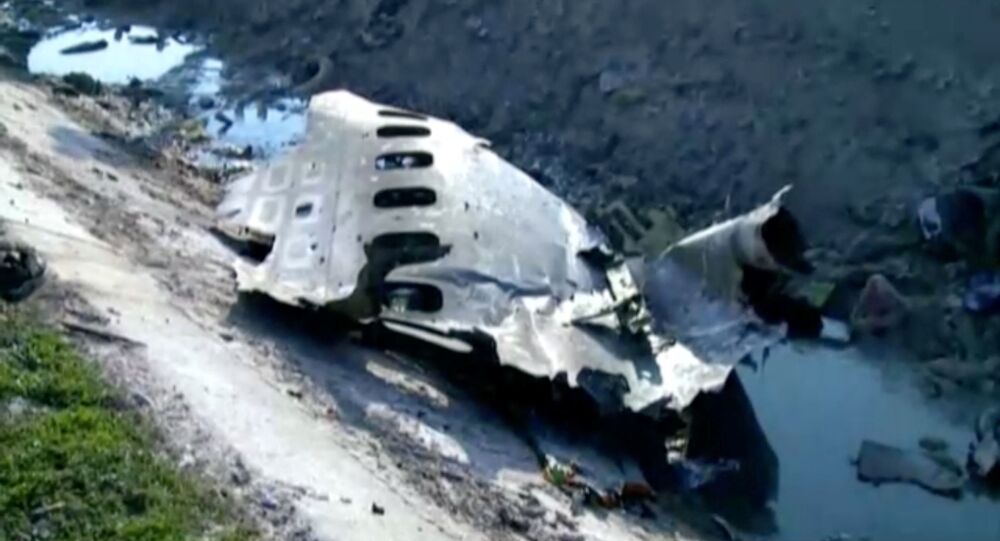 The aircraft suffered a crash just minutes after taking off from Tehran's Imam Khomeini International Airport, killing all 176 people on board.

Iran will announce the cause of the Ukrainian Boeing 737 crash after the accident investigation commission meeting on Saturday, the Fars News agency reported on Thursday, citing a source familiar with the matter.

"Tomorrow, after the meeting of the civil aviation accident investigation commission, the cause of the crash of the Ukrainian passenger plane will be announced", the source said.

Domestic and foreign parties, whose citizens died in the crash, will take part in the Saturday meeting, the outlet added. They will announce the reason for the accident after reviewing the preliminary report.

Iran insists that the accident occurred due to a technical error, while a number of states, including the UK and Canada, claimed they had intelligence information that the aircraft was accidentally shot down by an Iranian surface-to-air missile.

Ukraine's president Volodymyr Zelensky has also not ruled out the possibility of a strike, but said it was still unconfirmed. He also requested foreign countries to provide evidence for their statements to the commission investigating the crash.

The Ukraine International Airlines' (UIA) Boeing 737-800 crashed on 8 January claiming the lives of 176 people, including citizens of Iran, Ukraine, Canada, the UK, Germany, Sweden, and Afghanistan. The plane was bound for Kiev.

According to a preliminary report by Iranian authorities, the Boeing supposedly turned back to the airport shortly before it started losing altitude.