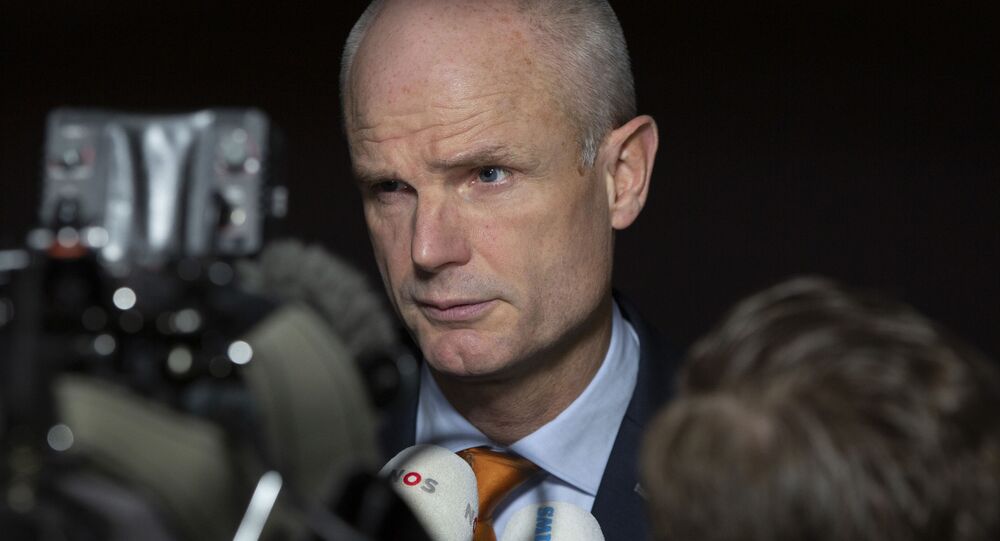 Foreign Ministers from 28 member states of the European Union are currently gathering in Brussels to discuss the situation in the Middle East after being summoned to an emergency meeting by EU Minister for Foreign Affairs Josep Borrell.

Dutch Foreign Minister Stef Blok reportedly said during a meeting in Brussels it was very likely that the Ukrainian plane had been shot down by Iran. According to Reuters, the minister said that the European Union's next steps would depend on Iran's reaction.

"It is indeed very likely that the plane has been shot down by Iranian missiles", Blok told reporters prior to a meeting of EU foreign ministers in Brussels.

"It depends on the Iranian reaction (to the outcome of independent analysis) on what should be the next steps", the minister added when asked about whether Tehran could face a new round of sanctions following the results of investigation.

Iranian Red Crescent Society
Live Updates: Probe Into Deadly Boeing 737 Crash Underway Amid Claims of Missile Attack on Jet
The members of the EU Foreign Affairs Council are currently gathering in Brussels to hold an emergency session to discuss the current situation in the Middle East, following the assassination of Iran's top military commander Qasem Soleimani in a US drone strike and Tehran's subsequent airstrikes targeting American military bases in Iraq’s Erbil and the country’s Ayn al-Asad Air Base, housing American military and international coalition forces.

Shortly after Iran's airstrikes, a Ukrainian Boeing 737 carrying 176 people on board crashed near Tehran, with the US, UK, and Canadian authorities claiming that the jet could have been shot down by an Iranian surface-to-air missile, citing intelligence findings. Iran denied these reports, maintaining that a technical malfunction was to blame for the incident. An investigation into the causes of the deadly crash is currently underway, with Iran pledging to begin the analysis of the Boeing 737's black box this Friday.