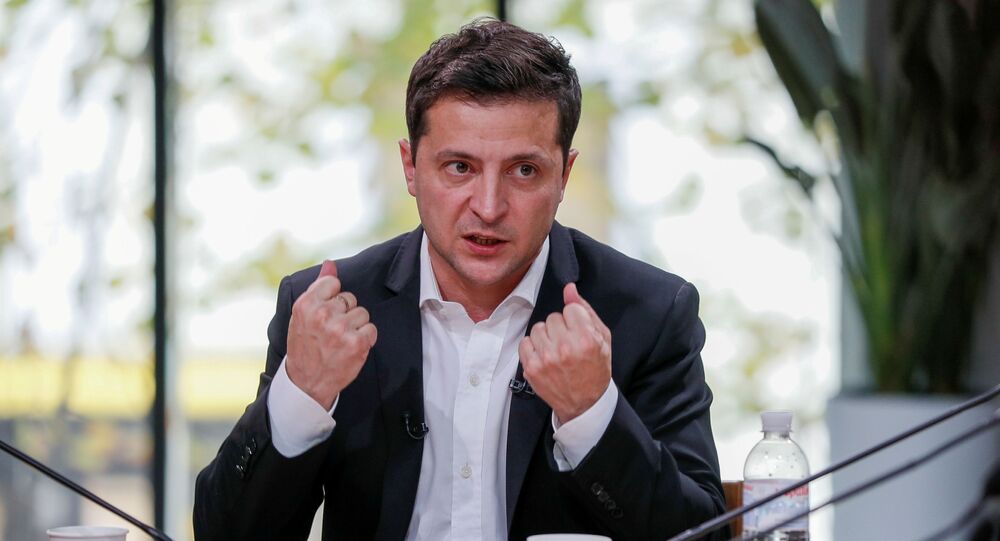 KIEV (Sputnik) - Ukrainian President Volodymyr Zelensky on Friday said the West's claims about a Ukrainian airplane that crashed in Iran allegedly being downed by a missile were possible, but remained unconfirmed and called on the US, UK, and Canada to provide evidence.

"We are in constant contact withour representatives. Claims that a missile struck the aircraft cannot be excluded, but as of today they remain unconfirmed. Considering statements made by the US, UK, and Canadian governments, we call on our partners to present evidence to the commission investigating the incident", Ukrainian President Volodymyr Zelensky wrote on his Telegram blog.

Zelensky added that he would be holding talks later on Friday with US Secretary of State Mike Pompeo concerning the ongoing investigation into the plane crash.

© REUTERS / IRAN PRESS
Ukraine's Security Council Outlines Four Main Versions Behind Boeing 737-800 Crash in Iran
The jet crashed on 8 January near Tehran, shortly after takeoff, killing all 176 people on board, including citizens from Iran, Canada, and Ukraine. The plane's pilots didn't report any malfunctions prior to the crash, although the aircraft reportedly turned back toward the airport shortly before it started losing altitude, according to a preliminary report by the Iranian authorities.

The accident took place after Iran's missile attack on American facilities in Erbil and the Ayn al-Asad Air Base in Iraq. Tehran blamed a technical malfunction for the tragedy while the US, UK, and Canadian authorities claimed that the jet could have been shot down by an Iranian surface-to-air missile, citing intelligence findings. The Ukrainian president earlier called to refrain from speculating about the incident.