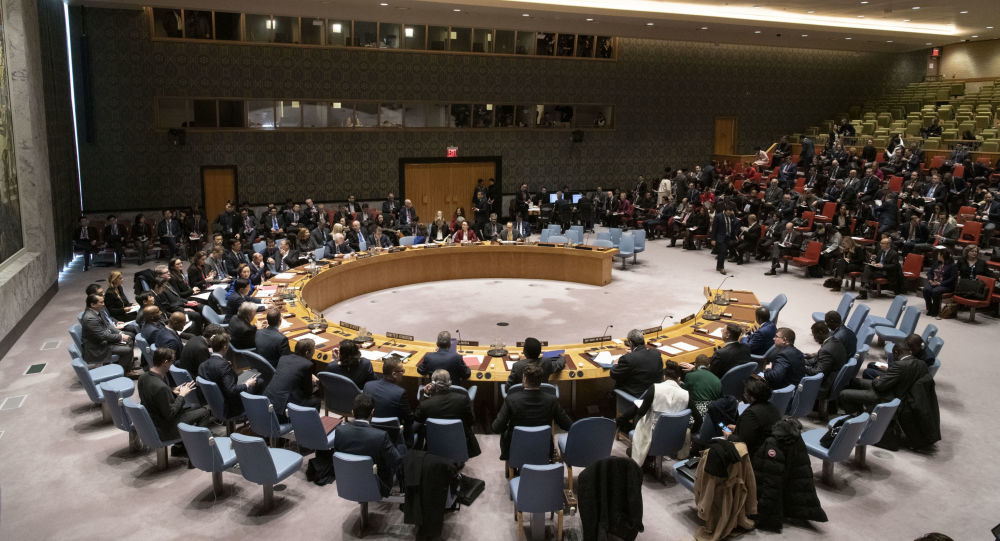 UNITED NATIONS (Sputnik) – Russia submitted a draft resolution on deliveries of humanitarian aid to Syria via Turkey to the UN Security Council, which will consider the document on Friday, the Russian Mission to the United Nations said on late Thursday.

“The UN Security Council 1. Calls upon all parties to ensure principled, sustained and improved humanitarian assistance to Syria; 2. Decides to renew the decisions in paragraphs 2 and 3 of Security Council resolution 2165 (2014), excluding border crossings Al Yarubiyah and Al-Ramtha for a period of six months, that is, until 10 July 2020”, the draft resolution said.

The draft document also demands that all parties, involved in the conflict in Syria, allow safe, unimpeded and sustained access for humanitarian convoys of UN agencies and their partners to the territories that are in dire need for assistance.

“The council also calls upon all United Nations humanitarian agencies and their implementing partners to ensure appropriate identification for vehicles delivering humanitarian assistance through cross-border operations authorized by this resolution”, the resolution added.

The cross-border assistance mechanism allows humanitarian aid to be delivered through UN-approved checkpoints. It was established in 2014 and has since been renewed every year. However, when considering a 2020 extension in late December, the Security Council was unable to reach a consensus on the number of checkpoints. Russia advocated for two on the Syria-Turkey border and a mandate of only six months. Belgium, Kuwait, and Germany wanted to keep the one-year extension and preserve two checkpoints on Syria's border with Turkey and one on its border with Iraq.

Russia has become increasingly concerned about who is getting the UN humanitarian aid in Syria. According to the Russian ambassador to the United Nations, Vassily Nebenzia, the UN Security Council’s 2014 resolution on aid deliveries was outdated and used to politicize relief aid by favoring some groups over others.