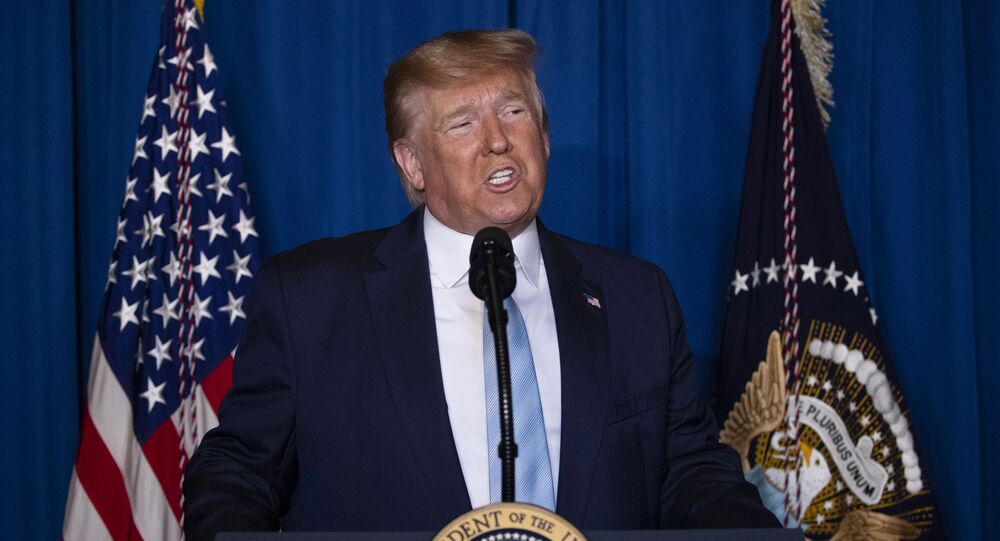 Addressing the nation on Wednesday, President Trump said he would ask NATO to boost its involvement in the process in the Middle East. The message came after Iran attacked US military facilities in Iraq.

US President Donald Trump told reporters at the White House on Thursday that Middle Eastern countries should join the North Atlantic Alliance.

"I think that NATO should be expanded and we should include the Middle East, absolutely", the president said.

He then ironically suggested calling the expanded alliance "NATO-ME".

Following the president's address to the nation on Wednesday, NATO Chief Stoltenberg has agreed to become "much more involved" in the Middle East.

"We can come home, largely come home and use NATO. We caught ISIS (Daesh*), we did Europe a big favour", Trump added.

Trump has repeatedly vowed to limit the American military presence in the Middle East region, having claimed he would put "an end to these endless wars" during his presidential campaign.

Endless Wars, especially those which are fought out of judgement mistakes that were made many years ago, & those where we are getting little financial or military help from the rich countries that so greatly benefit from what we are doing, will eventually come to a glorious end!

The Iranian army has also requested that the United States withdraw its troops from the Middle East, including Iraq, the national broadcaster reported on Wednesday. On Sunday, the Iraqi parliament passed a resolution demanding that the US troops pull out of the country, though the resolution is non-binding.

US Secretary of Defence Marc Esper said in response that "there's been no decision whatsoever to leave Iraq. Period".

In October, President Trump said that the US troops would be leaving Syria, with the announcement being made right before Turkey's President Recep Tayyip Erdogan launched an offensive along the Syrian-Turkish border. The move, however, turned out to be a "sort-of-withdrawal, similar to that of December 2018, when Trump also spoke of a withdrawal from Syria.