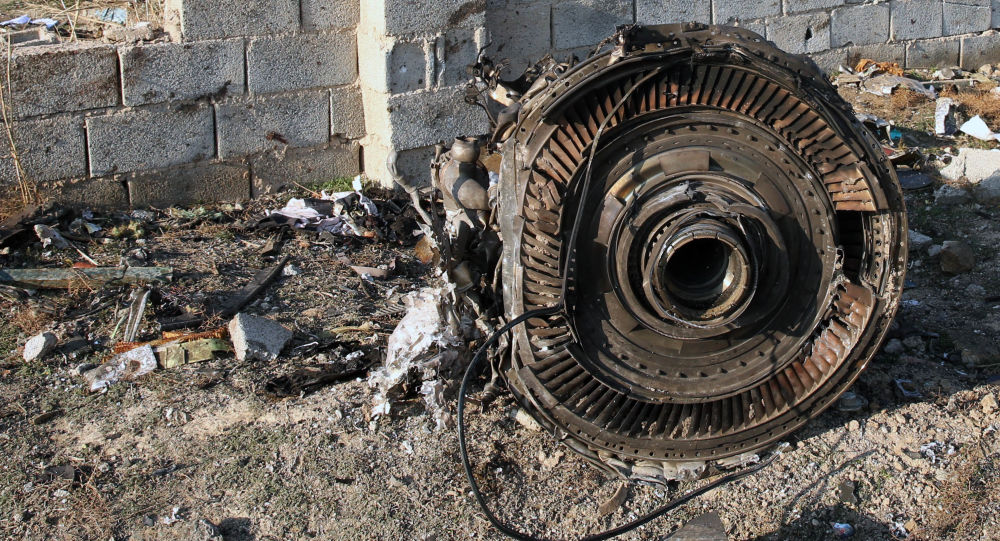 A Ukraine International Airlines (UIA) Boeing 737-800 bound for Kiev crashed on 8 January just minutes into its flight, killing all 176 people on board, including nine crew members.

Iran has requested the Boeing company to send a representative to join the investigation into the Ukrainian jet crash near Tehran, Iran's Foreign Ministry said in an official statement.

The Iranian government also asked Canada to share information about the crash after Trudeau's statement.

"[Iran] asks the Canadian Prime Minister and any other government to share information on this incident they possess to the committee in charge of investigating the incident in Iran", Iranian Foreign Ministry spokesman Abbas Mousavi said.

Canadian premier Justin Trudeau said earlier in the day that he had intelligence that from multiple sources that the Ukrainian jet was shot down by an Iranian surface-to-air missile.

Canadian Foreign Minister Francois-Philippe Champagne noted that the response from his Iranian counterpart was "open and encouraging". He, however, said that they would see if the visas to the country would be actually issued, referring to the statement by Iran signalling they would allow Canadian officials access to the crash scene.

Tehran earlier indicated it would keep black boxes in Iran but was open to allowing Canadian consular officials into the country to help the families of the victims, Trudeau said.

Iran also welcomed the possible participation of experts from countries whose citizens died in the plane crash in investigating the incident, the Ministry added.

"We welcome the participation of other countries, whose citizens died in this tragic incident, in the probe", Iranian government spokesman Ali Rabiei said in a statement posted in the government's Telegram channel.

The head of Iran's civil aviation, however, dismissed again all allegations that the Boeing 737-800 was shot down by an Iranian anti-aircraft missile, speaking on air on IRIB TV2. He also responded to the rumours about the "debris of a rocket" found at the scene of the crash, saying that they were false and that social media was apparently trying to inflate these rumours.

Rabiei said that the reports of a missile hitting the Ukrainian plane was an act of "psychological warfare" against Tehran and called on the United States to refrain from disseminating false information about the incident.

The Ukrainian jet suffered a crash on early Wednesday morning just minutes after taking off from Tehran International Airport. 167 passengers and nine crew members died in the incident, with most of them Iranians and Canadians (82 and 63 respectively), as well as 10 Swedes, four Afghans, three Germans, and three UK citizens. The plane was bound for Kiev.