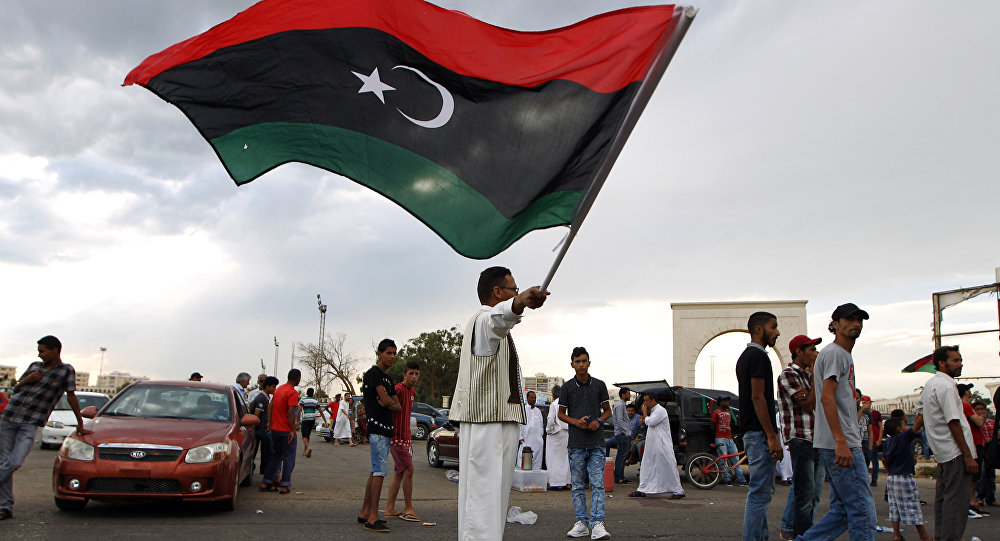 MOSCOW, January 9 (Sputnik), Valentina Shvartsman - The Libyan National Army (LNA) is already in Tripoli, where the rival Government of National Accord (GNA) is based, Aref Ali Nayed, an envoy for the eastern Libyan government, said.

"The surge in popular support for the LNA since the signing of the illegal agreements between Erdogan and [Prime Minister of the GNA Fayez] Sarraj has led to rapid LNA advances on Sirte and on Tripoli itself. The LNA is already in Tripoli, and is only a few kilometers from its downtown," Nayed said.

The official added that the LNA was also now "less than a hundred kilometers" from Misrata, a coastal city that lies east of Tripoli.

In a separate interview earlier in January, Nayed said that the functioning of basic infrastructure services in Sirte had been restored since the city was recaptured by the LNA from rival forces.

On Sunday, Turkish President Recep Tayyip Erdogan announced that his country was gradually deploying troops to Libya to support the GNA. Back in November, Ankara and the GNA signed a military cooperation agreement that sparked backlash from the rival Libyan Tobruk administration, Egypt, Greece, Cyprus and others.

Nayed said that an effective ceasefire should stipulate the peaceful handover of Tripoli by the rival Government of National Accord (GNA).

"Before Turkey can pretend to call for any ceasefire, it must immediately stop the shipping of death to Libya, and it must respect the will of the Libyan people by respecting Libya’s duly elected Parliament. As for Russia’s call for a ceasefire, it can be helpful, if it entails the GNA peacefully handing over the remaining areas of the capital Tripoli to the legitimate and duly elected Parliament of Libya and its LNA," he said.

He added that any ceasefire that left the rival forces armed would not be favorable.

On Wednesday, Russian President Vladimir Putin and his Turkish counterpart, Recep Tayyip Erdogan, discussed ways of ending the crisis in Libya on the sidelines of a pipeline-launch ceremony in Istanbul. The two leaders urged the warring parties in the North African country to lay down their arms on Sunday.

There were no plans for a meeting between the commander of the Libyan National Army, Khalifa Haftar, and Prime Minister of the rival Government of National Accord Fayez Sarraj during their visit to Rome on Wednesday, but Haftar did meet with Italian Prime Minister Giuseppe Conte and Western diplomats, Aref Ali Nayed said.

The official accused the GNA of “procrastination and reneging”, adding that Sarraj had failed as a dialogue partner. Speaking about Haftar’s recent visit to Rome, Nayed said that the LNA commander had met with visiting Western diplomats there.

“Out of respect for Italy, the Head of the LNA accepted an invitation to meet with Italy’s Prime Minister and visiting European and American diplomats," Nayed said.

On Wednesday, both Sarraj and Haftar were reported to have arrived in Rome to meet with Conte. Lev Dengov, the head of the Russian Contact Group for intra-Libyan settlement, said on Wednesday that Sarraj returned to Tripoli without meeting with Haftar and the Italian prime minister due to lackluster organization by the Italian side.