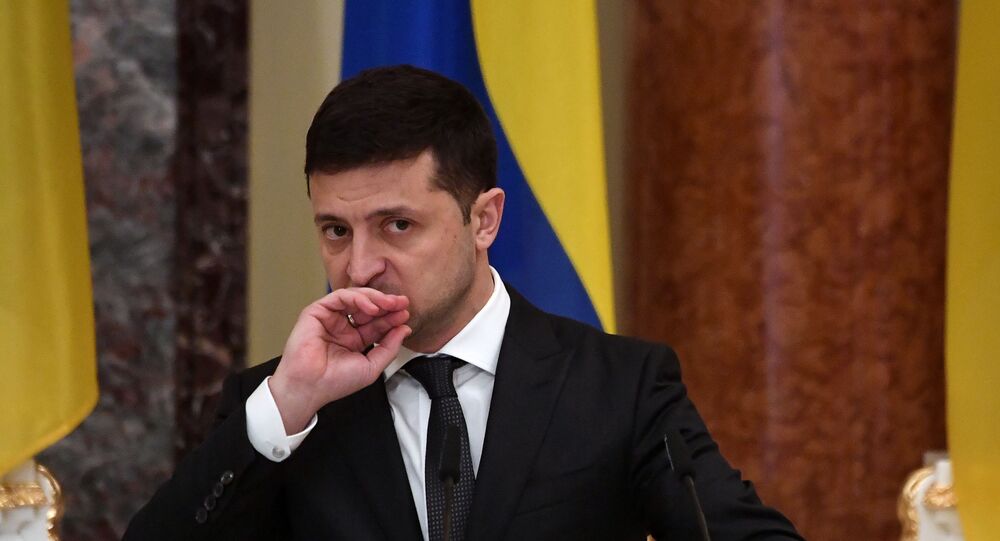 MOSCOW (Sputnik) – Ukrainian President Volodymyr Zelensky is holding a working meeting with a number of the country’s officials to discuss the crash of Ukraine International Airlines flight 752 near Tehran, the Ukrainian presidential press service said on Thursday.

“A working meeting headed by Ukrainian President Volodymyr Zelensky focusing on the issues related to the Ukraine International Airlines plane crash that took place in Tehran on 8 January has started”, the press service said in a statement. “Volodymyr Zelensky will listen to a report by the operational headquarters on the current situation around the plane crash”.

The press service added that Zelensky has declared Thursday a national day of mourning over the crash. As part of the mourning, all national flags will be flown at half-staff and entertainment events cancelled.

The Boeing 737-800 plane crashed on Wednesday morning near Tehran's Imam Khomeini International Airport, killing all 176 people on board. The aircraft was flying to the Ukrainian capital Kiev. Most of those killed were Iranian and Canadian nationals.