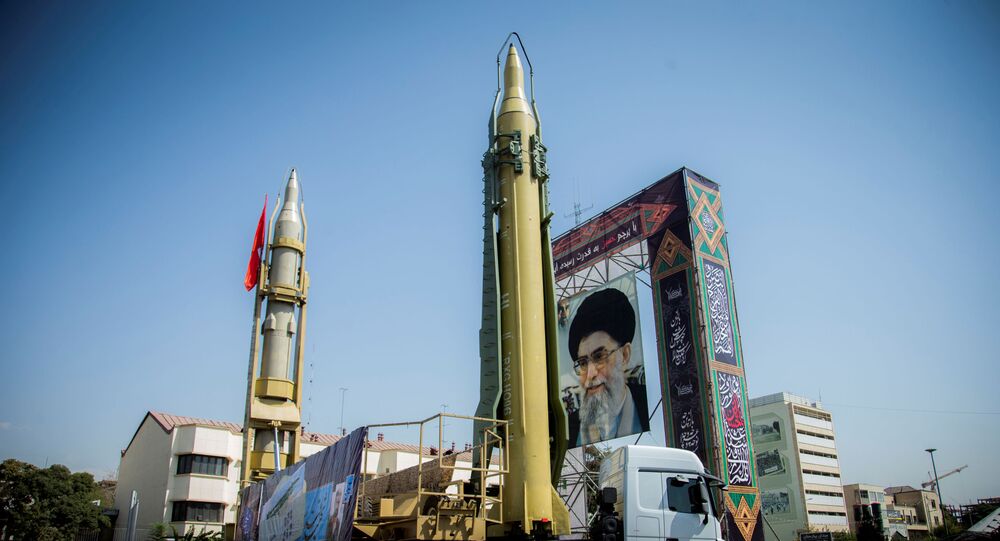 Iran has gone through with its promise to retaliate for the death of Quds Force commander General Qasem Soleimani by launching a massive missile attack on American military facilities in Iraq. While the US has not confirmed sustaining casualties, Iranian media reported that the strike claimed the lives of 80 people.

Despite the fact that Tehran called the missile strike an act of "self-defence" after Washington ordered the assassination of one of its most prominent military leaders, not everyone in the international community reacted positively to the act.

Condemnation of Strikes and Calls for De-Escalation

UK Foreign Secretary Dominic Raab has condemned Iran's attack, calling on it to refrain from military actions. He further argued that any military conflict in the region would only benefit terrorist groups.

"We urge Iran not to repeat these reckless and dangerous attacks, and instead to pursue urgent de-escalation […] A war in the Middle East would only benefit Daesh* and other terrorist groups", he said.

German Defence Minister Annegret Kramp-Karrenbauer also made a statement slamming Tehran's retaliation in the "sharpest possible terms". The minister, who is also believed to be a possible successor to Chancellor Angela Merkel since assuming the post as the governing CDU party's chief, called for de-escalation in the Middle East tensions, claiming that it was mostly up to Iran to achieve this.

Italy, which like Germany has troops deployed in Iraq, stood in solidarity with Berlin and condemned the Iranian missile strikes on American and US-led coalition positions on 8 January.

French Foreign Minister Jean-Yves Le Drian joined his counterparts from the EU in his condemnation of the Iranian strikes.

"France condemns Iran's shelling this night in Iraq against the anti-terror coalition. It reiterates its solidarity with its allies and coalition partners, as well as its commitment to the sovereignty and security of Iraq", he said.

Iraq also condemned any "violation of its sovereignty and any attacks on its territory" in a statement issued by the office of the country's prime minister. Baghdad further promised to do everything in its power to prevent a "devastating all-out war".

Other nations were not so quick to jump to condemning anyone, but instead urged all the sides of the conflict to prevent a further escalation of tensions.

Japanese chief cabinet spokesman Yoshihide Suga said that the country urges all parties to the conflict to "do their utmost diplomatic effort" to find a way to ease the ongoing tensions.

China's Foreign Ministry, in turn, expressed concern at the escalation of violence in the Middle East and said it hopes that the conflict will soon "cool off". Beijing has called on all parties involved to exercise restraint and vowed to hold consultations with them on the matter.

Turkish President Recep Tayyip Erdogan also expressed readiness to help alleviate the tensions in the Middle East to prevent the region from being "drowned in blood".

At the same time, Syria expressed "absolute solidarity" with Iran, affirming Tehran’s right to exercise "self-defence" in the face of US "aggression". Damascus further condemned Washington's actions that led to the latest escalation in the region.

"Syria expresses absolute solidarity with Iran... and reaffirms its right to defend itself in the light of American threats and attacks, and puts the blame for all the consequences on the United States", the Syrian Foreign Ministry's statement read.

Russian Foreign Ministry spokeswoman Maria Zakharova expressed her view that the Iranian missile strikes against US bases in Iraq were a direct result of Washington acting outside of existing international law by ignoring institutions such as the UN and UN Security Council.