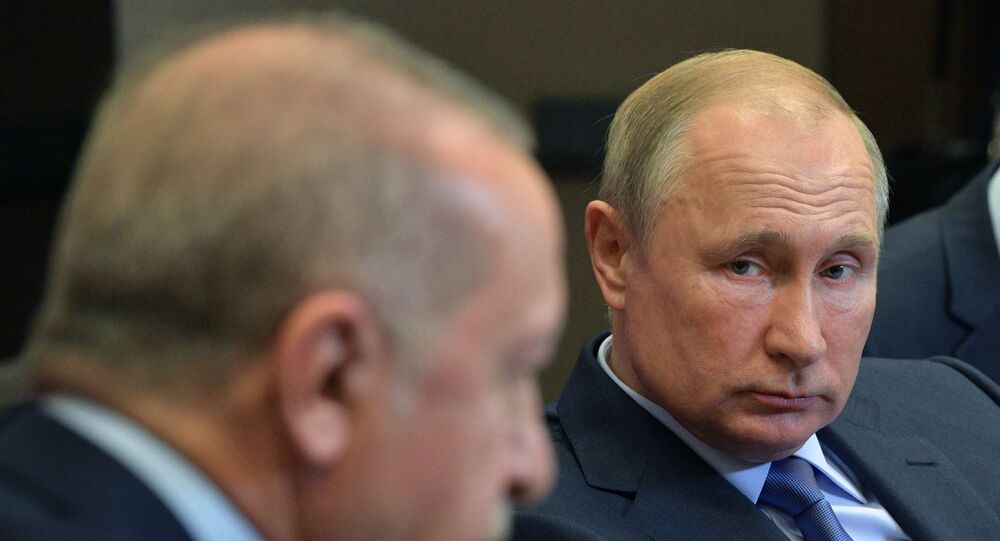 Commander of Iran’s elite Quds Forces Qasem Soleimani was killed in Iraq on 3 January in an airstrike by US forces. Washington claimed that Soleimani was planning attacks against American diplomatic personnel in Iraq. Iran slammed the attack as a "terrible crime" and an act of "terrorism", vowing to retaliate.

"[The presidents] discussed the situation in the Persian Gulf region, which developed as a result of illegal and highly risky US actions on the territory of Iraq against Iranian citizens, namely IRGC commander Soleimani", Lavrov said.

The minister added that both presidents agreed that all matters in the Persian Gulf region need to be resolved by peaceful methods only and in full accordance with international law.

The joint statement released by the two presidents called the US airstrike that killed Soleimani an act that has undermined the stability and security of the entire region. They further called on both sides to exercise restraint, saying that missile exchanges won't help resolve the existing issues between the countries.

US President Donald Trump ordered an airstrike that killed IRGC General and commander of the Quds Forces Qasem Soleimani on 3 January, claiming that the latter was preparing attacks against American diplomatic workers in Iraq. The operation was harshly condemned by Iran and Iraq, on whose territory the operation took place without prior authorisation from the government.

Tehran vowed to retaliate for what it called a "terrible crime" and an act of state "terrorism". While the international community called on Iran to exercise restraint, US President Donald Trump threatened the Islamic Republic with strikes against 52 targets inside the country, without elaborating on specifics.

Iran went through with its promise, launching dozens of missiles at US military bases in Iraq, namely its facilities in Erbil and the Ayn al-Asad Air Base on 8 January. Iranian media reported that 80 people were killed and that massive damages were caused as result of the strike, while the US has not reported any casualties yet. The US president simply tweeted that "all is well" and that casualties and damages were being estimated.

Iran Vows Proportional Retaliation for US Soleimani Murder - This Isn't a Threat!