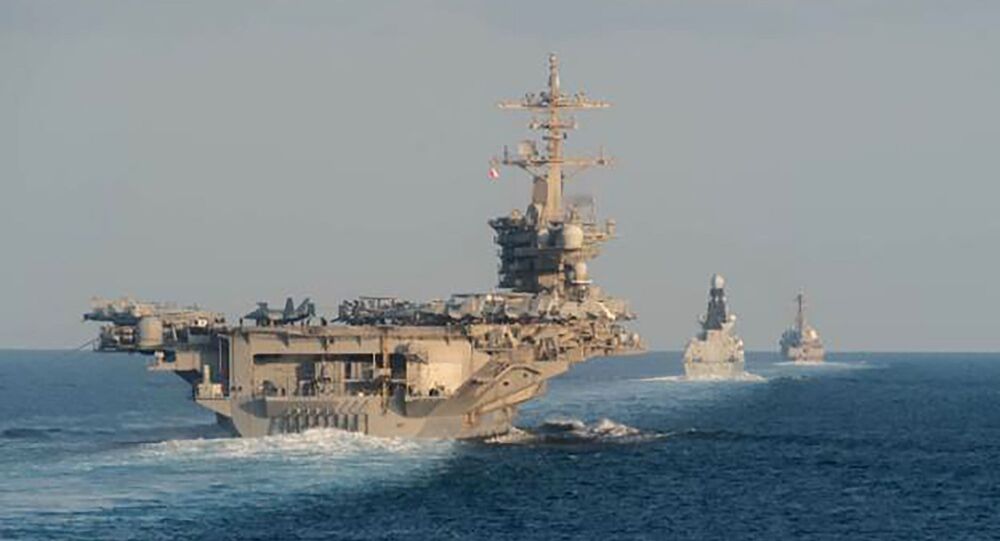 US Issues Warning About ‘Iranian Threat’ in Persian Gulf

Concerns emerged over the safety of Mideast waterways last year after a series of attacks on commercial vessels, coupled with a rise in tensions between the United States and its Arab allies, on one side, and Iran on the other.

The US government has issued a new warning to ships sailing throu waterways in the Middle East following the slaying of a top Iranian commander in a drone strike.

The Maritime Administration has put up a message warning of “the possibility of Iranian action against U.S. maritime interests in the region”.

The alert is effective from Monday, 6 January, to Monday, 13 January, and doesn’t differ much from the original warning posted last Friday. It points to “multiple threats reported” in the Persian Gulf, Strait of Hormuz, Gulf of Oman, Arabian Sea, Red Sea, Gulf of Aden, and Indian Ocean.

It’s not clear from the message what threats were identified and when.

The safety of regional waterways, some of them strategic arteries for trade and oil supply, has been put into question following the recent spike in tensions between the United States and Iran.

Responding to the deadly 27 Dec. rocket strike on an Iraqi base near Kirkuk, the US last week killed over two dozen fighters of Kataib Hezbollah, a Shia paramilitary group thought to have been behind the attack on the Kirkuk base. The US strikes led to mass protests at the American embassy in Baghdad but paled into insignificance as an American drone assassinated powerful Iranian commander Qassem Soleimani in Baghdad on Friday.

Outrage in Iran over the killing prompted fears of an armed conflict, with the US planning to send nearly 3,000 additional troops to the region as a precaution.

So far, this has been the highest point of US-Iran confrontation, which began soon after Donald Trump took office. The most recent period of hostilities lasted for the better part of 2019 and saw multiple attacks on oil tankers in the Persian Gulf and oil facilities in Saudi Arabia. The US put the blame for several incidents on Iran, which denied any role.