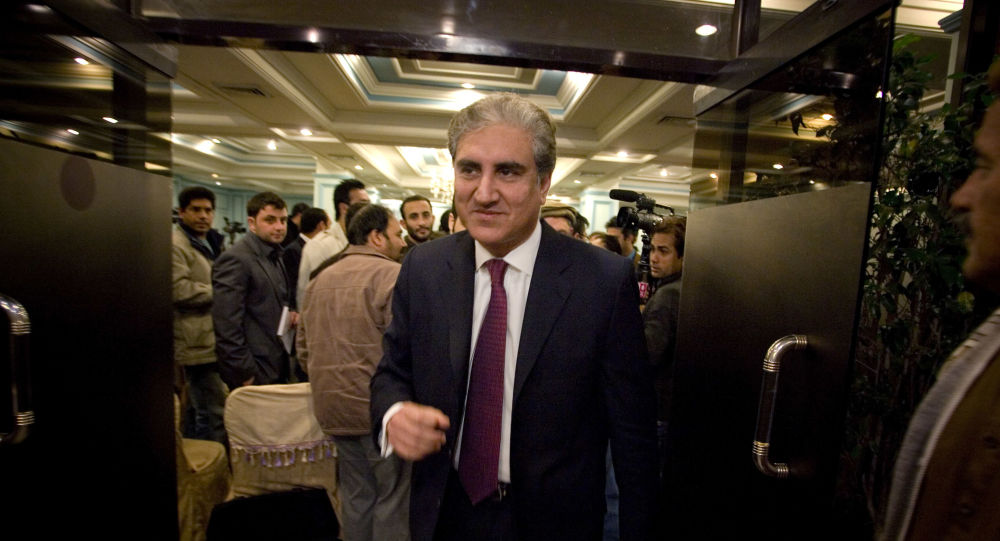 New Delhi (Sputnik): The killing of a key Iranian commander in an air raid by the United States last weekend has cast a shadow on the regional and global security situation, with Tehran threatening to retaliate while US President Donald Trump has warned of plans to hit 52 Iranian sites should Iran attack US citizens or assets.

With reports of several thousands of American troops heading to the Middle East, Pakistan has urged both countries to avoid violence for the sake of regional peace with the country's Foreign Minister Shah Mahmood Qureshi stating that his government would make every effort through active diplomacy to “de-escalate tension”.

The Minister said, Islamabad was very clear on its position, “we stand for peace, stability & security in region. I've reiterated this to all stakeholders in my recent conversations.”

The foreign minister has talked in detail with his Iranian counterpart on Sunday and presented Pakistan’s stance on the incident. Qureshi also spoke with the foreign ministers of the United Arab Emirates, Turkey and Saudi Arabia.

Shah’s statement came hours after a newly-appointed Commander of the Islamic Revolutionary Guard Corps (IRGC) Quds Force, Brigadier General Esmaeil Gha’ani, said, “the revenge of these sacred bloods poured for the sake of resistance will continue.”

“We have promised to follow the path of the martyr Gen. Soleimani steadfastly and upon reliance of the Almighty God, giant steps will be taken in line with eradication of presence of the United States in the region under the auspices of the Islamic Revolution Leader Ayatollah Seyyed Ali Khamenei,” the IRGC Quds Force commander said during the funeral procession of Gen. Soleimani in Tehran.

On Sunday, Pakistan had made it clear to the US that Islamabad would not allow American servicemen to use its territory for any military activities against Iran.

IRGC Commander Qasem Soleimani was killed on Friday, 3 January, in a US drone attack near Baghdad International Airport. Iraqi Shiite militia commander Abu Mahdi al-Muhandis and 10 other people were also killed in the strike.

Washington justified the assassination of Soleimani by claiming that he was plotting sabotage against US assets in the Middle East. However, no proof of the alleged plot was provided.

*terrorist organisations banned in Russia and many other countries