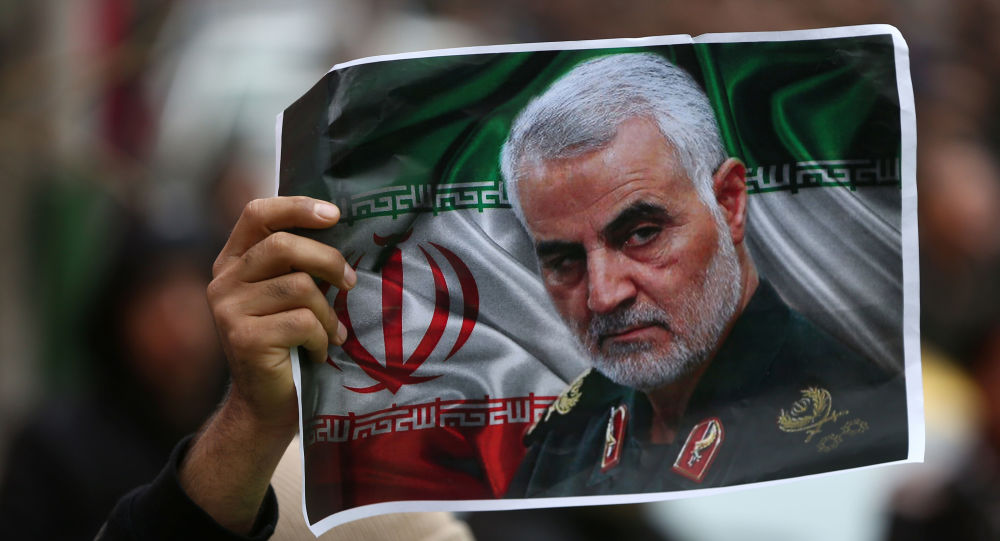 European leaders have rallied, issuing calls for calm amidst the inflammatory rhetoric of the last 24 hours in the aftermath of a US airstrike that killed a top Iranian Commander, General Qassem Soleimani.

Germany's foreign minister Heiko Maas has voiced hope for direct talks with Iran as a means of de-escalating tensions in the Middle East in the wake of the US assassination of top Iranian commander Qassem Soleimani.

"In the coming days, we will do all we can to counteract a further escalation of the situation — in the United Nations, the EU and in dialogue with our partners in the region, including in talks with Iran."

Despite the spiralling tensions in the region, Maas dismissed any plans to augment Germany's current deployment of around 120 troops in Iraq.

Nevertheless, Germany should continue its training mission in Iraq as part of the collective efforts to defeat Daesh* terrorist group, Maas emphasised.

"The fight against IS remains in the interests of Germany; the Bundeswehr [the German armed forces] provides important training [to the Iraqi troops] on the ground. As long as it is possible, we should not question this successful operation," Maas said.

He also acknowledged that the safety of German troops was the main priority and that is why the training was paused on Friday. Maas added that there was no additional danger for tourists in the Persian Gulf.

"Until now, there have been no specific threats against the Germans in the main tourist areas, but the situation in the region has become more unstable," he said.

In light of the current developments, Heiko Maas emphasised that he was maintaining close contact with his British and French counterparts, along with US Secretary of State Mike Pompeo, and the EU's foreign affairs chief Josep Borrell.

Earlier on Saturday, Borrell also called for restraint amidst the incendiary rhetoric of the past 24 hours, as he met with Iranian Foreign Minister Mohammad Javad Zarif in Brussels and tweeted:

​Referring to the Iran Nuclear deal, the agreement struck between Iran and the UN Security Council permanent members, namely the United Kingdom, France, China, Russia and the United States, plus Germany, Borrell urged Zarif to remain committed to it:

"Also discussed importance of preserving #JCPOA, which remains crucial for global security. I am committed to role as coordinator," said Borrell.

The 2015 deal, also known as the JCPOA, offered Tehran relief from crippling sanctions in return for restrictions on Iran's attempts to acquire nuclear weapons. The Trump administration unilaterally withdrew from the deal in May 2018, slapping Tehran with a series of tough banking and energy sanctions.

Other European leaders have been similarly vocal in urging to proceed with caution and increasing diplomatic initiatives. On Saturday, French President Emmanuel Macron spoke with Iraqi President Barham Salih.

"The two presidents agreed to remain in close contact to avoid any further escalation in tensions and in order to act to ensure stability in Iraq and the broader region," reads an official statement from the French President’s office.

Raab is planning to meet Secretary of State Pompeo in Washington on Thursday, after meeting with his French and German counterparts earlier in the week.

British Prime Minister Boris Johnson has thus far not commented on the situation.

In the early hours of Friday, 3 December, Iranian General Qasem Soleimani, the commander of the Islamic Revolutionary Guard Corps’ elite Quds Force, was killed by a US drone attack near Baghdad International Airport.

US President Donald Trump insisted Washington had authorised the strike as preemptive action against Soleimani to “stop a war”, saying:

"Soleimani was plotting imminent and sinister attacks on American diplomats and military personnel, but we caught him in the act and terminated him."

“Harsh vengeance awaits the criminals that got his [Soleimani] and other martyrs’ blood on their evil hands in last night’s incident.”
Iran’s National Security Council said in a statement it will respond to Soleimani's death "at the right time and in the right place".

Separate militias have also been issuing similar warnings to the US. On Saturday, Kataib Hezbollah, Iraqi Shia militias within the Iran-backed Popular Mobilisation Forces, threatened to launch attacks on military bases used by US forces in Iraq.

In response, US President Donald Trump took to Twitter, saying that the United States had “targeted 52 Iranian sites”, as he warned Tehran against attacking “any Americans or American assets” on Saturday night.

“Let this serve as a WARNING that if Iran strikes any Americans, or American assets, we have targeted 52 Iranian sites (representing the 52 American hostages taken by Iran many years ago), some at a very high level & important to Iran & the Iranian culture, and those targets, and Iran itself, WILL BE HIT VERY FAST AND VERY HARD,” tweeted Trump.