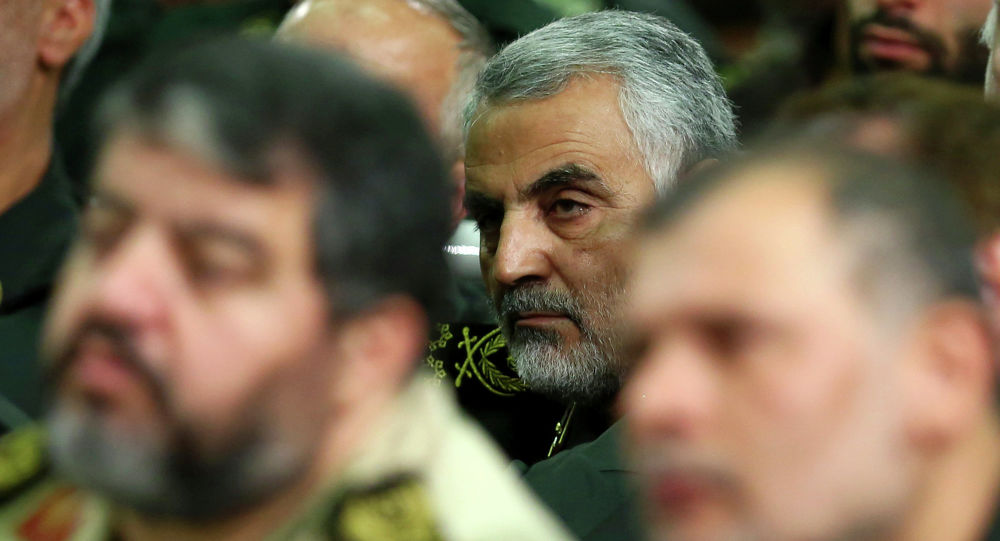 On Friday, a US airstrike killed Qasem Soleimani, powerful head of the Quds Force of Iran’s Islamic Revolutionary Guard Corps. The event has provoked different reactions from American politicians.

Democratic US Senator from Connecticut Chris Murphy has questioned the “unauthorised” US airstrike near the Baghdad International Airport that killed Iranian Major General Qasem Soleimani, commander of the Quds Force of Iran’s Islamic Revolutionary Guard Corps, warning that the move could potentially set off a “massive regional war”.

Soleimani was an enemy of the United States. That’s not a question.

The question is this - as reports suggest, did America just assassinate, without any congressional authorization, the second most powerful person in Iran, knowingly setting off a potential massive regional war?

“The justification for the assasination is to 'deter future Iranian attacks'", Murphy continued. “One reason we don’t generally assasinate foreign political officials is the belief that such action will get more, not less, Americans killed. That should be our real, pressing and grave worry tonight”.

“No one can claim to know with certainty what happens next”, the senator added.

No one can claim to know with certainty what happens next.

But the neocons thumping their chest tonight should recall that the worst mistakes global powers make are when they strike militarily in complicated places with few friends, with no consideration of the consequences.

Former US Vice President and 2020 Presidential candidate Joe Biden echoed this vision by arguing that the Trump administration's move was "hugely escalatory" and Iran "will surely respond" to Soleimani's killing.

​Democratic members of the US House of Representatives, Eliot L. Engel and Speaker Nancy Pelosi, also issued statements strongly condemning the attack, insisting that it had been carried out without congressional authorisation and consultation.

“American leaders’ highest priority is to protect American lives and interests. But we cannot put the lives of American servicemembers, diplomats and others further at risk by engaging in provocative and disproportionate actions”, Nancy Pelosi said in her statement. “Tonight’s airstrike risks provoking further dangerous escalation of violence. America – and the world – cannot afford to have tensions escalate to the point of no return”.

“Tonight’s action represents a massive escalation in our conflict with Iran with unpredictable consequences”, Eliot L. Engel said, suggesting that the US may now be “on the brink of direct confrontation in the Middle East”.

Chairman of the House Intelligence Committee Adam Schiff also pointed out that the attack was not authorised by Congress.

Soleimani was responsible for unthinkable violence and world is better off without him.

But Congress didn’t authorize and American people don’t want a war with Iran.

All steps must now be taken to protect our forces against the almost inevitable escalation and increased risk. https://t.co/Z4HTnScFg7

On the other hand, Republican Senator from Utah Mitt Romney praised American military and intelligence services for carrying out a “successful mission” to eliminate a “depraved terrorist”.

We remember and honor the sacrifice of those servicemen & women, and we commend our brave troops & intel officers who carried out this successful mission. At this time of increased tension in the region, the US must take necessary steps to protect our personnel there and beyond.

This was echoed by Lindsay Graham, Republican Senator from South Carolina, who also expressed his content with the airstrike.

“I appreciate President Donald Trump’s bold action against Iranian aggression. To the Iranian government: if you want more, you will get more”, Graham said in a tweet.

Wow - the price of killing and injuring Americans has just gone up drastically. Major blow to Iranian regime that has American blood on its hands. Soleimani was one of the most ruthless and vicious members of the Ayatollah's regime. He had American blood on his hands.

Republican Senator from Florida Marco Rubio, at the same time, described the IRGC Commander's killing as “defensive actions”, while saying that Iran’s Quds Force was to blame for choosing “the path of escalation”.

The defensive actions the U.S. has taken against #Iran & its proxies are consistent with clear warnings they have received

US Secretary of State Mike Pompeo tweeted a video of a group of people carrying Iraqi flags on the street, suggesting that it depicted “Iraqis dancing in the street for freedom; thankful that General Soleimani is no more”.

US President Donald Trump has not publicly commented on Soleimani’s assassination yet, but he did post a picture of an American flag on his Twitter account.

Major General Qasem Soleimani, the head of Iran’s Quds Force, was killed by rocket fire near the Baghdad International Airport. Deputy Commander of the Popular Mobilisation Forces Abu Mahdi al-Muhandis was also allegedly killed by the strike while in a convoy with Soleimani, The Times of Israel reported.

The assassination of Soleimani has been confirmed by Iranian officials, with a senior military officer inside the IRGC Mohsen Rezaee vowing a response to US actions. Iran’s Foreign Minister Javad Zarif said that the “stupidity” of “American terrorist forces” will only strengthen “resistance” in the region.

The development follows Tuesday's attack on the US Embassy in Baghdad by Iraqi protesters - an assault that, according to Washington, was orchestrated by Iran. This was preceded by US airstrikes on an Iran-backed unit of Kataib Hezbollah operating in the country.