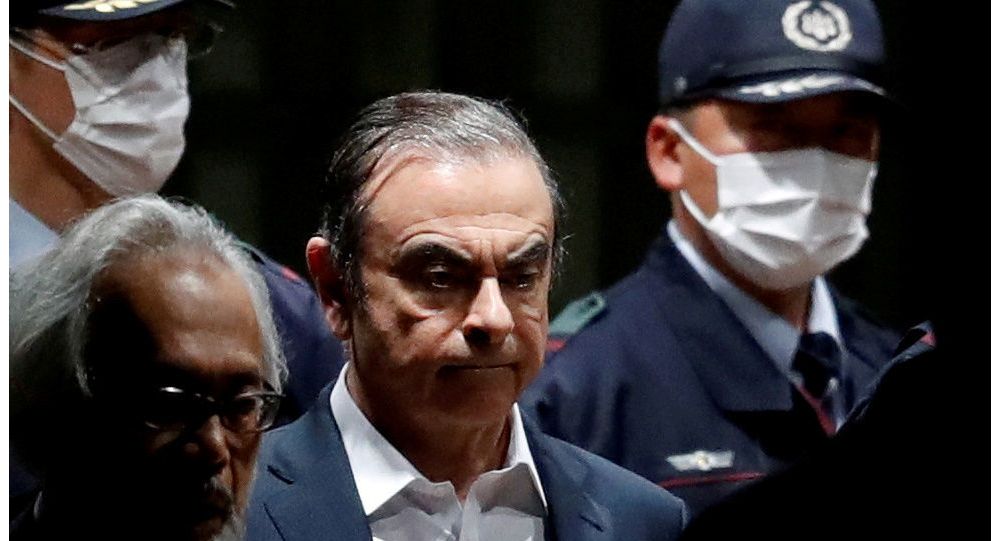 PARIS (Sputnik) – Carlos Ghosn, the ex-chairman of automaker Nissan, who made a surprise escape from Japan ahead of trial on financial misconduct charges, on 2 January denied claims that his family played a role in his escape, saying he organised the operation on his own.

"Media claims alleging that my wife Carole and other members of my family played a role in my departure from Japan are lies and have nothing to do with reality. I organized my departure on my own. My family has not played any role in it", Ghosn said in a statement, as quoted by Le Monde.

Japanese media reported that upon Ghosn’s release on bail in April, his lawyers were required to hold his French, Brazilian and Lebanese passports. However, it subsequently turned out that Ghosn had two French passports. Media suggested that the former Nissan chairman might have fled Japan using his second French passport.

France, meanwhile, said that it would not extradite Ghosn if he arrived in the country. However, Paris acknowledged that the former Nissan boss should not have fled Japanese justice.

© REUTERS / Issei Kato
Japanese Authorities Search Ex-Nissan Chairman Ghosn's House After His Escape to Lebanon
Ghosn, a Brazilian-born French national of Lebanese ancestry, lived on house arrest in Japan for months before he escaped earlier this week. On Tuesday, Ghosn said he fled unfair trial and political prosecution to Lebanon. Soon after his escape, media reports emerged, suggesting various scenarios of the operation. One of them said Ghosn’s wife, Carole, had orchestrated her husband’s escape among a band of musicians. Other reports said Nissan’s ex-boss left on a private jet to Istanbul and subsequently flew to Lebanon with the help of a private security company. Ghosn’s wife denied playing any role in the escape.

In Japan, Ghosn faces trial over charges that he underreported billions of dollars in earnings he received during his time as the Nissan chief from 2010-2018.