Carlos Ghosn, 65, the former Renault-Nissan boss, was previously among the most powerful automotive figures in the world. The Brazilian-born executive, who recently fled Japan - where he faces four corruption charges and was expected to stand trial this year - mysteriously emerged in Lebanon.

Lebanese media revealed the details of Ghosn's audacious escape from what he earlier described as a "rigged" Japanese justice system.

After reportedly spending over 100 days in a Japanese detention centre, Ghosn was put under house arrest in Tokyo, subject to stringent bail conditions that required him to stay indoors.

Lebanese broadcaster MTV said that a group of unidentified men disguised as musicians hired to perform at a dinner party entered Ghosn's residence in Tokyo and left the venue with the accused embezzler hiding inside a large box designed to hold a musical instrument. The box is said to be a double bass case - typically around 6 feet 2 inches long (188 centimeters).

After that, the former influential auto industry CEO was reportedly smuggled inside the double bass case on board a private jet. Ghosn is reportedly believed to have used a false passport in fleeing to the Middle East. The Lebanese broadcaster echoed earlier reports that Ghosn had arrived in the country of his childhood via Turkey. Notably, Lebanon currently has no extradition treaty with Japan.

Lebanese officials have reportedly asserted, however, that Ghosn entered the country legally. 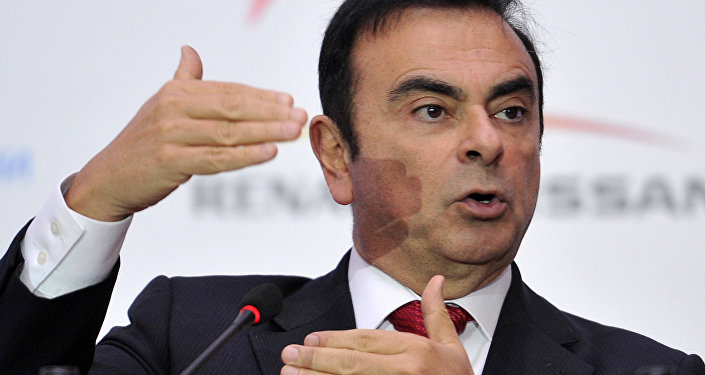 © Sputnik / Владимир Песня
Lawyers for Nissan Ex-Head Carlos Ghosn Ask to Drop Сharges Over Prosecutor 'Misconduct'
In the first statement after his arrival in Lebanon, Ghosn claimed that he would "no longer be held hostage by a rigged Japanese justice system where guilt is presumed, discrimination is rampant, and basic human rights are denied", adding that he was escaping “injustice and political persecution”.

Japanese authorities, along with Nissan's internal investigators, previously declared that Ghosn had significantly under-reported his income during his time as chairman of the Renault-Nissan-Mitsubishi Alliance, triggering evidence for further accusations of embezzlement. He also was hailed as having rescued Nissan from bankruptcy, after having successfully run the company for over two decades.