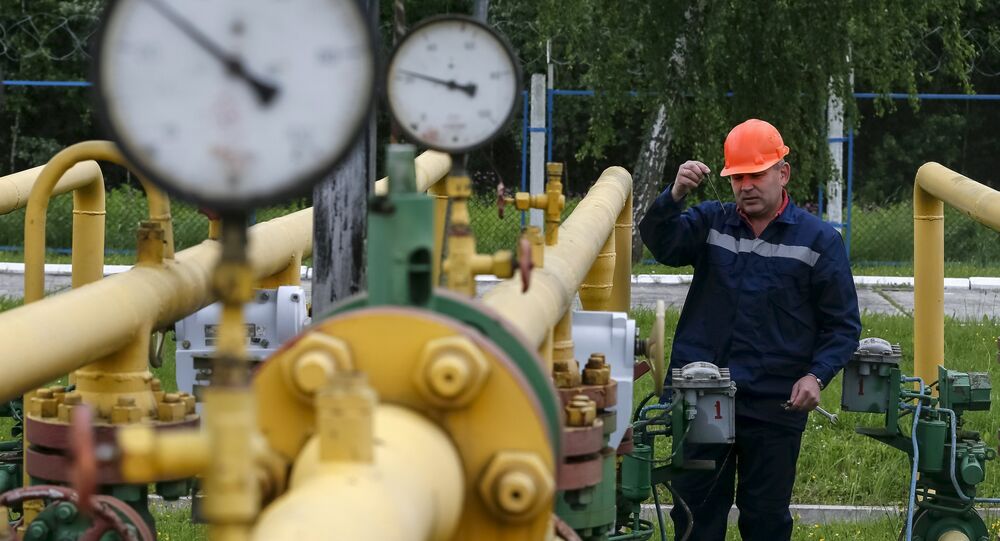 Russian Prime Minister Medvedev: All Gas Issues With Ukraine Have Been Settled

Moscow and Kiev have signed documents ensuring the transit of Russian gas via Ukraine starting 1 January 2020, after a long dispute over Ukrainian lawsuits against Gazprom.

Russian Prime Minister Dmitry Medvedev has stated that all issues over gas transit with Ukraine have been settled, noting it was a necessary compromise.

"Now all problems have been resolved, mutual claims have stopped. The transit of Russian gas through Ukraine will continue on conditions that suit both sides. The signing of the documents shows that even the most difficult issues can be discussed and negotiated", he said.

© REUTERS / MAXIM SHEMETOV
An employee in branded jacket is seen at the Atamanskaya compressor station, facility of Gazprom's Power Of Siberia gas pipeline outside the far eastern town of Svobodny, in Amur region, Russia November 29, 2019

It also settles the situation regarding direct gas supplies to Ukraine at a discounted European hub price. According to Ukrainian President Volodymyr Zelensky, Kiev expects to receive at least $7 billion in revenue during the five-year period of the contract.