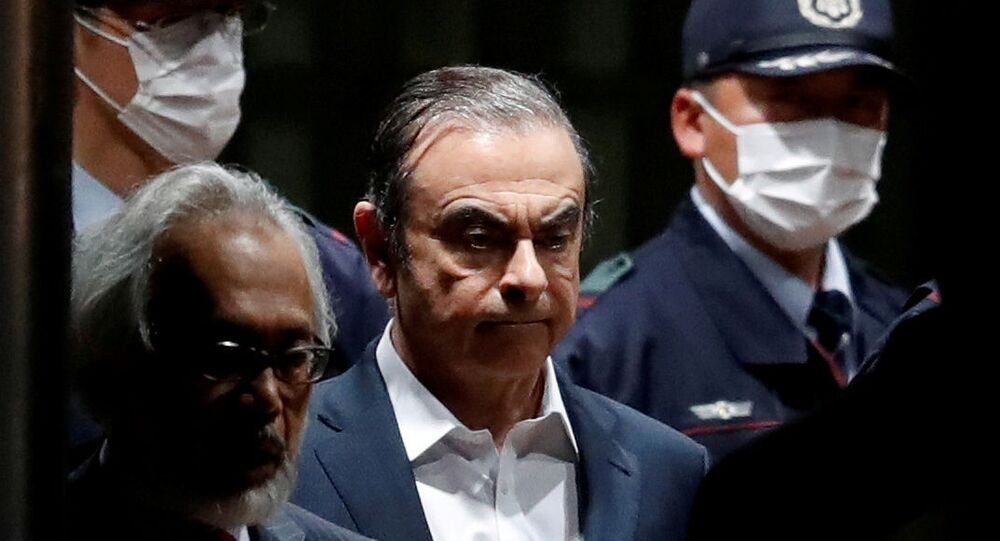 Carlos Ghosn, a Brazilian-born French citizen of Lebanese descent and formerly a lauded boss of the Renault-Nissan carmaking alliance who was awaiting trial in Japan, reportedly flew into Lebanon on Sunday.

"Ghosn arrived Sunday in Beirut airport", a security source said, cited by AFP. Another Lebanese official said that "Ghosn reached Beirut, but it's unclear how he left Japan".

Another report claimed that the businessman - a holder of both French and Lebanese passports - allegedly arrived in a private jet which flew to Lebanon from Turkey, France's Les Echos newspaper said, citing its own unnamed source and a report in Lebanese newspaper L'Orient-Le Jour.

It reportedly remains unclear, however, how Ghosn was able to leave Japan, where he had been under strict court-imposed restrictions on his movements, including a ban on foreign travel and use of the internet and e-mail services.

Ghosn was arrested at Tokyo's Narita airport shortly after his private jet touched down on 19 November 2018. The businessman faces four charges - which he denies - including hiding income and enriching himself through payments to dealerships in the Middle East.

Since his arrest, Ghosn reportedly claimed he was a victim of a boardroom coup, accusing former Nissan colleagues of derailing a closer alliance between the Japanese automaker and Renault - its top shareholder.

© AFP 2021 / YOSHIKAZU TSUNO
Ex-Nissan Chairman Ghosn Denies New Charges After Being Rearrested
Nissan reportedly said that an internal investigation brought evidence that Ghosn used company funds for personal use and misrepresented the company's investments. In particular, the Yomiuri newspaper found a detail, citing the internal Nissan investigation, that the company had been paying Ghosn's elder sister $100,000 a year since 2002 for a non-existent advisory role, while she was living in a luxury Rio de Janeiro apartment funded by a Nissan subsidiary.

After his arrest, Ghosn spent a period in Tokyo's main detention centre, but was allowed out subject to stringent bail conditions, which required him to stay in Japan.

Ghosn was reportedly expected to stand trial in Japan next year.