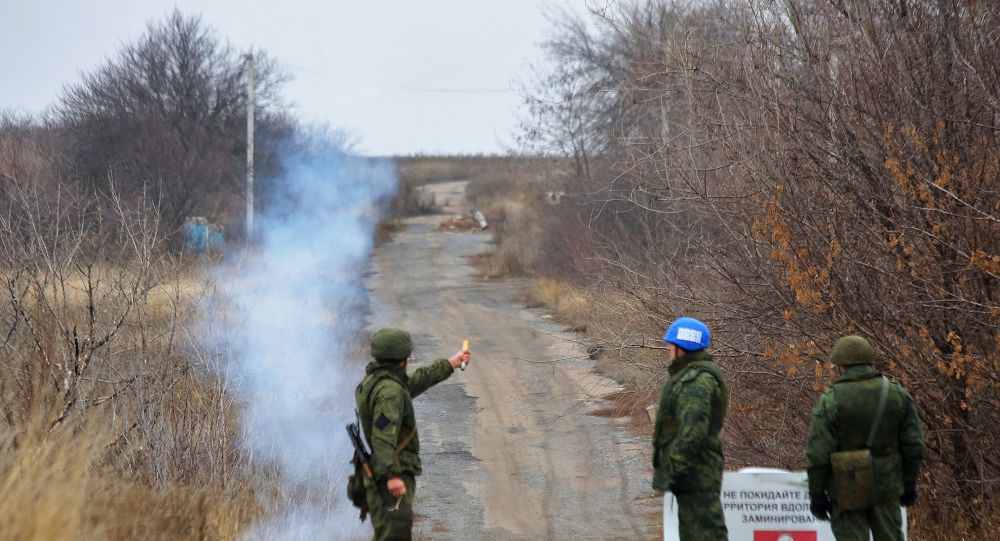 MOSCOW (Sputnik) - France, Germany, as well as the United States, welcomed on Sunday an all-for-all prisoner exchange between Ukraine and the self-proclaimed republics of Luhansk and Donetsk (LPR, DPR).

"France and Germany welcome the release of 76 Ukrainian detainees and join in the joy of their families and of all Ukrainians. We welcome this new step which follows the recent N4 [Normandy Four] summit and call on the parties to implement all of the commitments made on December 9 at the Paris summit," the French embassy in Ukraine wrote on Twitter.

"Federal Chancellor Angela Merkel and French President Emmanuel Macron welcomed the release and exchange of detainees in eastern Ukraine today. This step is a realization of the commitment agreed upon at the Normandy Four summit in Paris on December 9 to facilitate the release and exchange of persons detained in connection with the conflict," deputy spokeswoman for the German cabinet, Martina Fietz said.

The US embassy in Ukraine joined those who hailed the exchange of prisoners in Donbass.

"We welcome today's [Sunday] return of liberated captives from Russia-controlled Donbass, as agreed at the December 9 Normandy Summit, " the diplomatic mission wrote on Twitter.

Earlier in the day, Ukraine has handed over more than 120 people to DPR and LPR, while the latter returned almost 80 Ukrainian fighters to Kiev. This was the first exchange of prisoners between the sides since 2017. It took place near the city of Horlivka in the Donetsk Region.

On 9 December, the presidents of France, Germany, Russia and Ukraine held talks in the so-called Normandy format and agreed, among everything, to ensure the exchange of prisoners between Kiev and Donbas under "all-for-all" formula once the sides finalize the lists of individuals to be released and swapped.