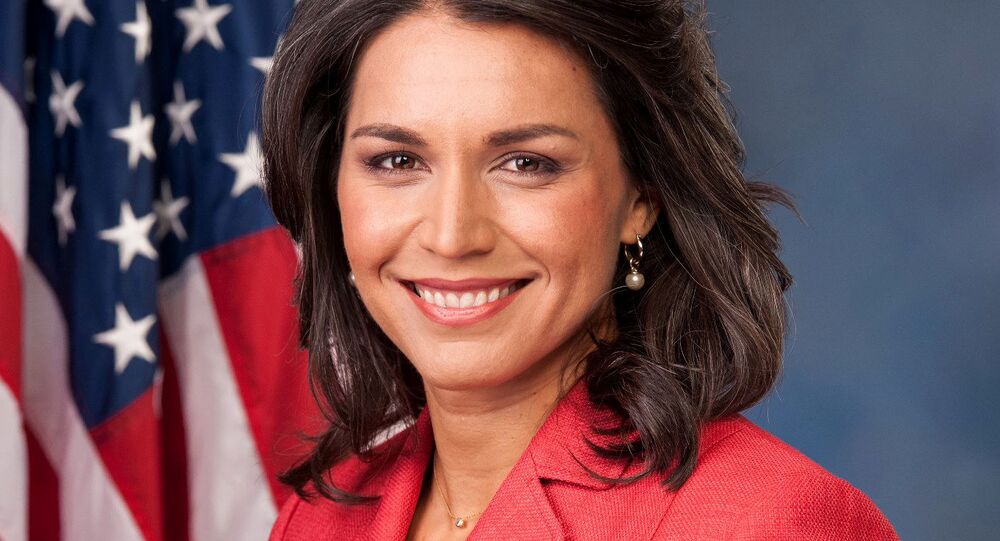 Earlier this month, Tulsi Gabbard proved to be the only House Democrat to vote “present” on both articles of impeachment against Donald Trump.

Democratic presidential hopeful Tulsi Gabbard has claimed that impeachment against President Donald Trump will increase his chances of being re-elected next year.

“I think impeachment, unfortunately, will only further embolden Donald Trump, increase his support and the likelihood that he'll have a better shot at getting elected while also seeing the likelihood that the House will lose a lot of seats to Republicans”, Gabbard said in an interview with ABC News on Saturday.

She added that she is seriously concerned over the prospect of a second term for Trump, something that she argued could leave "lasting damage" on the country as a whole.

The remarks came after Gabbard became the only House Democrat earlier this month to vote “present” on both articles of impeachment against POTUS. She said in a statement that she “could not in good conscience vote against impeachment because I believe President Trump is guilty of wrongdoing”.

“I also could not in good conscience vote for impeachment because removal of a sitting President must not be the culmination of a partisan process, fuelled by tribal animosities that have so gravely divided our country”, she added.

The 38-year-old Hawaii congresswoman initially did not back the impeachment inquiry into President Trump because she was afraid it would be “terribly divisive”. She changed her stance later, but continued to criticise the probe for being run in a “partisan” way.

In a separate development in October, Gabbard announced that she would not seek re-election for her House seat because she has decided to focus all her energy on her presidential campaign.

On 18 December, after months of deliberations, the Democratic-dominated House of Representatives voted to impeach Trump on charges of abuse of power and obstruction of Congress. The final say on a motion to remove the president from office belongs to the Republican-controlled Senate, which is expected to review the case early next year.

This was preceded by House Speaker Nancy Pelosi announcing an impeachment inquiry into President Donald Trump on 24 September after a whistleblower complaint claimed that during a July phone call, Trump abused his power by pressing Ukrainian counterpart Volodymyr Zelensky to investigate former US vice president and 2020 presidential candidate Joe Biden as well as his son Hunter.

...& overwhelming,” but this Scam Impeachment was neither. Also, very unfair with no Due Process, proper representation, or witnesses. Now Pelosi is demanding everything the Republicans weren’t allowed to have in the House. Dems want to run majority Republican Senate. Hypocrites!

Trump denies any wrongdoing, rejecting the allegations as a “hoax” and a “coup” and authorising the release of the conversation's transcript to prove there was no pressure on Ukraine from his side. In a recent rant on Twitter, he slammed Pelosi as “crazy” and asked why she should be allowed to impeach POTUS.

Pelosi Lost Congress Once, She’ll Do it Again: Trump on Impeachment Trial