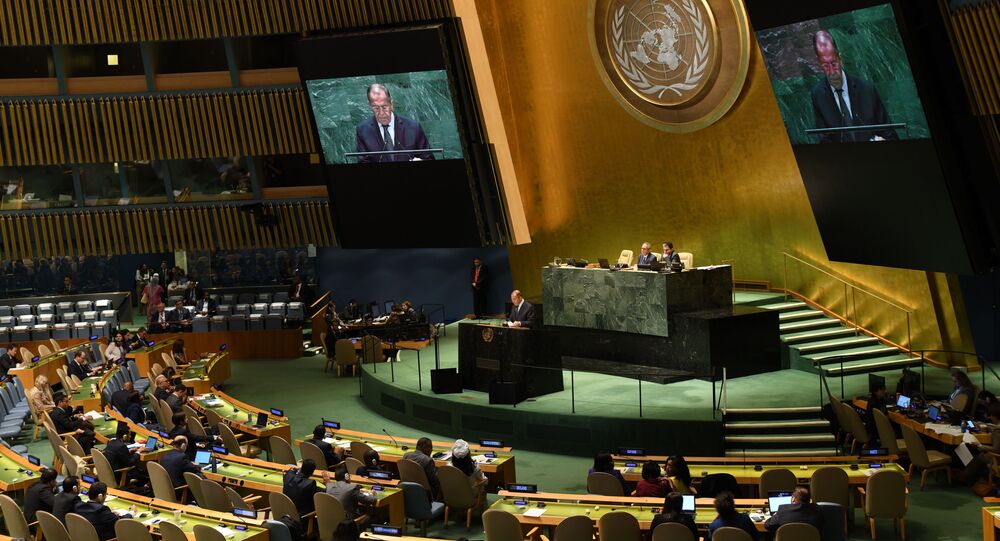 UNITED NATIONS (Sputnik) - The UN General Assembly on Friday adopted a Russian-sponsored resolution on fighting cybercrime despite US objections.

The resolution - "Countering the Use of Information and Communications Technologies for Criminal Purposes" - was approved with a vote of 79 states for and 60 states against, with 33 abstentions.

The document calls for establishing a committee of experts from throughout the world to draft an international convention to fight the criminal use of information and communications technologies.

The UN's Third Committee had earlier passed the Russian initiative on 18 November.

The United States expressed concerns earlier about the possible adoption of the Russia-backed resolution. A US State Department official said that the United States viewed a new cybercrime treaty as unnecessary because the existing Budapest Convention mechanism can handle cybercrime issues.

The Russian Ministry of Foreign Affairs reported earlier that the resolution in fact affirms the sovereignty of states over their cyberspace.

Cybersecurity has been one of the major concerns for political leaders worldwide. Both Russia and the United States have repeatedly accused each other of conducting intentional cyber attacks on each other's countries.