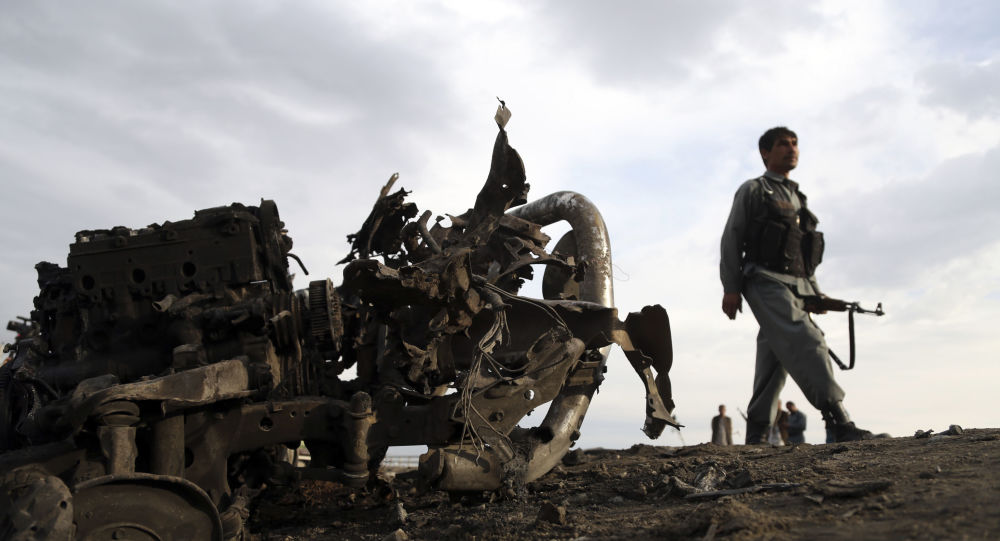 US, International Contractors Accused of Paying Taliban for Protection - Report

The money paid to the militants might have been used to finance attacks on United States military personnel, the families of fallen and injured American soldiers and contractors say.

The US and international contractors who have participated in rebuilding Afghanistan are being accused of paying the Taliban* to provide for their own safety, the Wall Street Journal (WSJ) reported.

The money paid to the militants through local subcontractors allows the companies to spare their own resources and personnel, despite also reportedly helping to finance an insurgency that has been attacking United States troops in Afghanistan.

The lawsuit was filed in federal court on Friday by the families of 143 US soldiers and contractors who were killed or wounded in Afghanistan between 2009 and 2017.

Among the companies sued are the two biggest contractors of the United States Agency for International Development (USAID) - DAI Global LLC and Louis Berger Group - which were paid about $1 billion between 2007 and 2009.

According to WSJ, DAI Global LLC and Louis Berger Group have refused to comment on the lawsuits.

US troops have been engaged in military operations in Afghanistan for 18 whole years since the tragic 9/11 attack, but with little success, having failed to either defeat the Taliban or establish peace in the country by any other means.

President Donald Trump has promised to end the country's involvement in the "endless wars" around the world, including Afghanistan.

*Taliban is a terrorist group outlawed in Russia