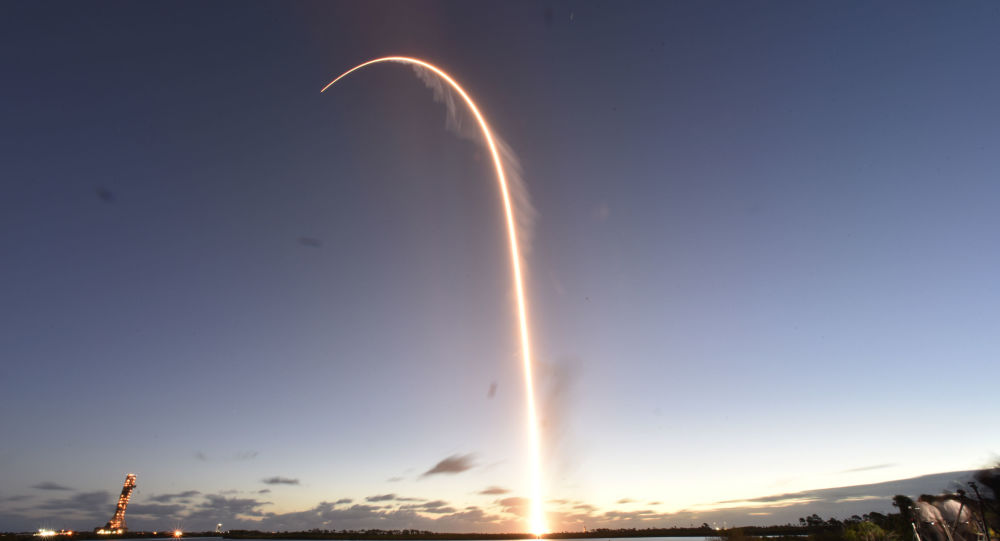 The US partly justified the creation of the new military branch by Moscow and Beijing allegedly developing anti-satellite weaponry, while only India and China have officially tested such weapons so far. Beijing has insisted that it is committed to the "peaceful development of outer space".

Beijing has criticised the US' decision to create a new military branch called the Space Force, arguing that it won't contribute to security in space, but rather the opposite, with Foreign Ministry spokesman Geng Shuang saying that the country is "deeply concerned about it and resolutely opposed to it".

"The relevant US actions are a serious violation of the international consensus on the peaceful use of outer space, undermine global strategic balance and stability, and pose a direct threat to outer space peace and security", Geng Shuang said.

The Foreign Ministry's spokesman also dismissed the Pentagon's previous allegations that Beijing is developing offensive capabilities to take down American and their allies' drones in the event of a military conflict, calling it a mere pretext to create the Space Force. Geng Shuang also called on the international community to uphold treaties to prevent the weaponisation of space.

"We hope that the international community, especially the major powers concerned, will adopt a cautious and responsible attitude to prevent outer space from becoming a new battlefield and work together to maintain lasting peace and tranquillity in outer space", he said.

Washington announced the creation of the new military branch in 2019 soon after claiming that Russia and China are developing anti-satellite weapons, despite Beijing insisting that it is committed to the "peaceful development of outer space" and Moscow never officially announcing the development of such weaponry. The force was officially established 21 December 2019, although its funding remains relatively modest and still partially reports to the US Air Force.

So far, only three countries have tested weapons against satellites – the US, China, and India. Beijing conducted one known test when it downed its defunct communications satellite in 2007.  India, in turn, tested its own space weapon on 27 March 2019.