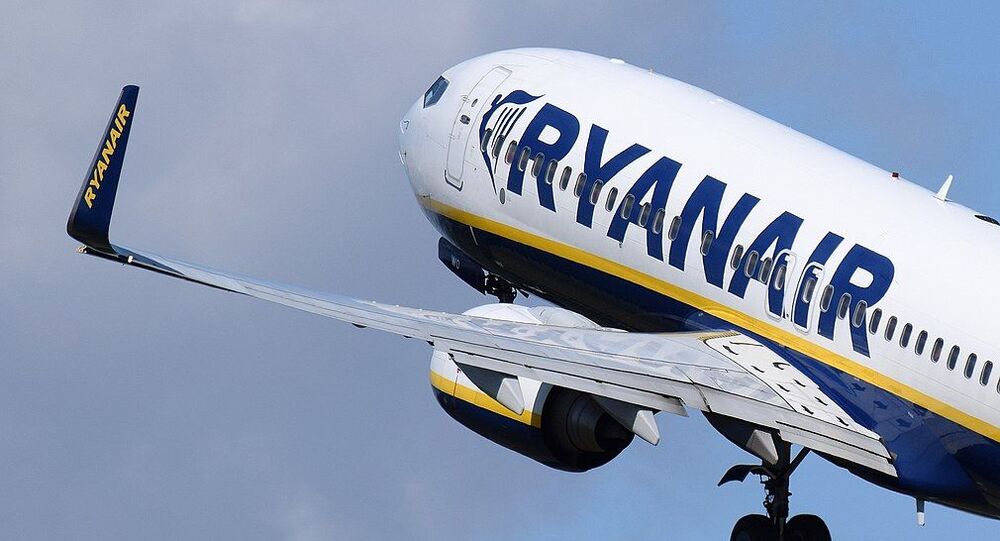 Earlier this week, a source cited by Reuters said that Boeing executives are mulling over whether to cut or halt production of the 737 MAX following a decision from the Federal Aviation Administration (FAA) last week to refuse granting the plane re-certification before 2020.

The Chief Executive of the Irish low-cost airline Ryanair, Michael O’Leary, told The Independent that passengers won't get a refund if they refuse to fly in a Boeing 737 MAX.

According to the senior official, the company allocates the aircraft for the flight just the night before it takes place, thus people won't know in advance that they could be travelling on a Boeing 737 MAX.

“You won’t know, because on average you book seats on Ryanair six to eight weeks in advance of travel. During the first year, you’ll have a 10% chance of being on a Max aircraft," O’Leary said.

O’Leary added that people "have the right to get off the plane" if they want to but they won't get their money back.

The Irish airline expects to increase its aircraft fleet by 10 Boeing 737 MAXs in 2020 after the plane is set to be re-certified by the US Federal Aviation Administration.

© AFP 2021 / TOSHIFUMI KITAMURA
Boeing 767 Makes Emergency Landing in Japan's Fukuoka Over Engine Fire – Reports
Earlier this week, it was reported that Boeing's board of directors was thinking over a possible cut or halt of the production of the 737 MAX following a decision from the (FAA) to refuse to grant it re-certification before 2020.

The news comes as a number of airlines have begun grounding or shuttering orders of the 737 MAX until the plane is re-certified. Last week, US domestic air carrier American Airlines announced that the grounding of its Boeing 737 MAX passenger aircraft fleet will be extended to April 2020.

Boeing has been in the centre of a safety turmoil for more than a year after two of deadly crashes in Ethiopia and off the coast of Indonesia in March 2019 and October 2018 respectively, exposed the dangerous error made by plane designers.