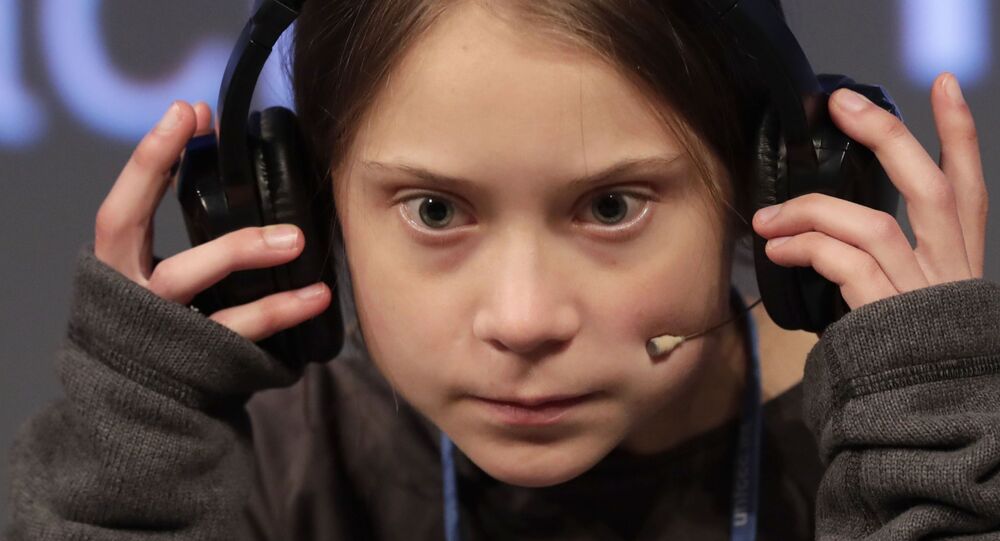 Greta Thunberg became known to the public after she began skipping her classes to attend protests in front of the Swedish parliament every Friday for more effective environmental legislation.

The Times has claimed in an analysis that despite a boom in the sale of Swedish eco-activist Greta Thunberg-related merchandise indicating greater environmental awareness, much of it is either transported from China or made from environmentally unfriendly materials.

The “Greta” memorabilia includes a variety of T-shirts, mugs, stickers, badges and bags which are currently available online via Amazon, eBay and Etsy.

The Times analysis, however, warns that “few of the products deserve to be” on the Christmas list of “any genuine environmentalist”.

“The gnome, for example, is made from bonded acrylic resin, a material that is not easily recycled nor readily biodegradable. The manufacture of acrylic can also involve toxins that are potentially harmful to factory workers and the environment, according to campaigners,” the survey asserts.

Many of the “Greta” T-shirts on eBay are manufactured in China, something that raises questions given “the appalling environmental record” of the country’s textile industry.

“Of the dozens of Greta products […]  only one offered any money to green charities, with a lone T-shirt vendor on eBay promising to donate 10 per cent of proceeds to Save the Planet”, the analysis claimed.

The European Climate Foundation, Thunberg’s media representatives, declined to comment on the matter amid reports that neither the 16-year-old nor her family officially endorsed “Greta” merchandise.

The analysis comes after Thunberg was recently named Person of the Year by Time magazine and awarded this year's Right Livelihood Award, also known as the so-called alternative Nobel Prize for human rights.​

In her speech at the UN Climate Action Summit in New York in September, she accused world politicians "of stealing her childhood and her dreams". This came after Thunberg lashed out at the older generation, claiming that they "unfairly burden the teenagers with the climate problems".

She rose to fame after she began skipping her classes to attend protests in front of the Swedish parliament every Friday in a bid to pressure the authorities to implement more effective environmental legislation.