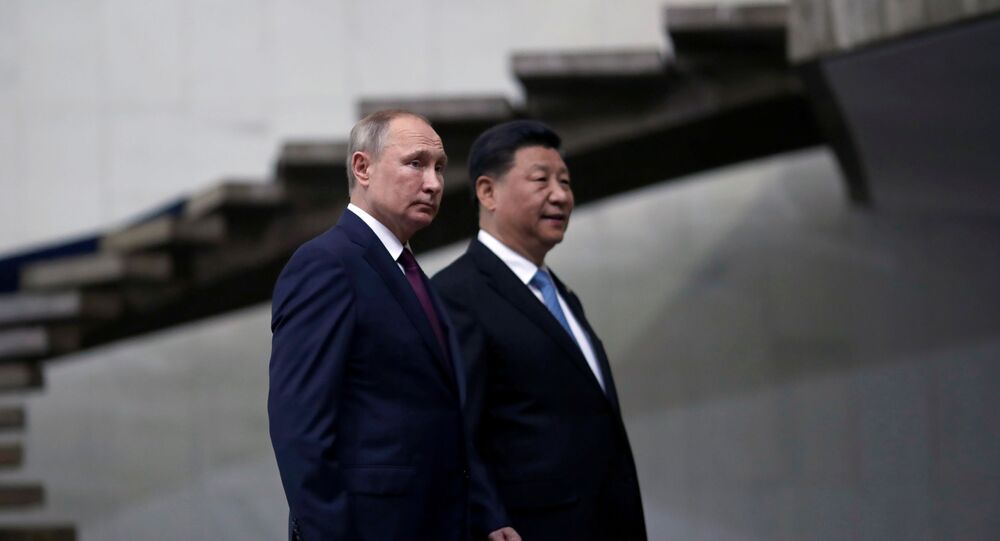 The remarks were made during Wang’s phone conversation with Russian Foreign Minister Sergey Lavrov that took place on Wednesday.

"The mutual trust between Russia and China is invincible, while the bilateral relations are rock-solid. Next year, we will have many important bilateral events. The [foreign] ministries must closely cooperate to prepare contacts between the leaders of the two nations,” Wang said, as quoted by the Chinese Foreign Ministry.

The minister said that the United Nations was the most important international platform for developing the Chinese-Russian strategic cooperation, aimed at protecting international fairness.

According to the Chinese Foreign Ministry, Lavrov praised the progress in the bilateral relations as well as expressed readiness to further develop close contacts at the high level.

Russia and China have a centuries-long history of bilateral relations. In 1649-1689, the countries went through a border war, which culminated in the 1686 siege of the Russian fort of Albazin by the Qing dynasty’s troops and the 1689 Treaty of Nerchinsk. The Soviet Union had two border conflicts with China: over the Chinese Eastern Railway in 1929 and the Damansky Island (Zhenbao) in 1969. At the same time, the Soviet Union provided the Communist Party of China with great support during the civil war.

After the dissolution of the Soviet Union, Russia has been developing close relations with China, with the countries actively cooperating both in bilateral and multilateral formats, such as BRICS and the Shanghai Cooperation Organization.