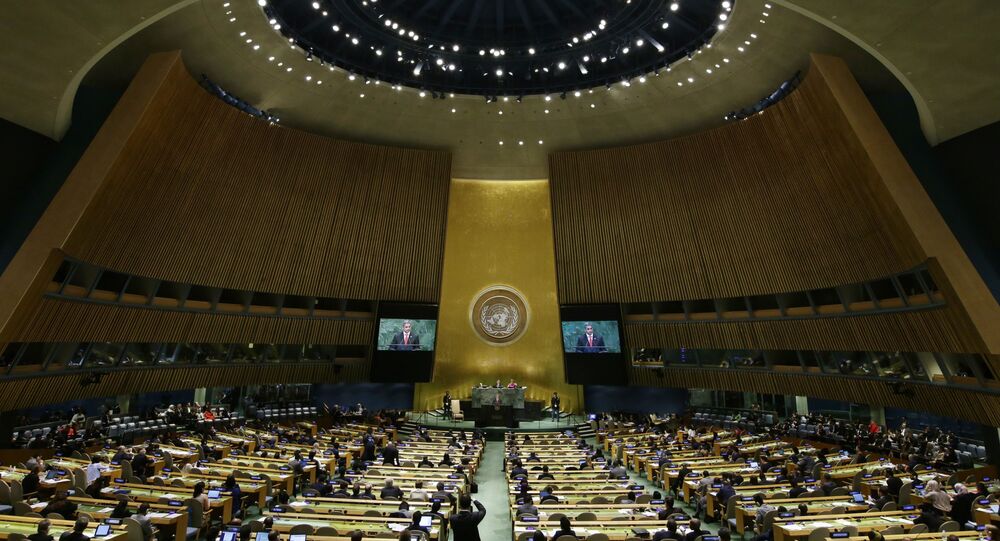 UNITED NATIONS (Sputnik) - The United Nations General Assembly adopted by consensus a resolution calling on the United States as the host country of the world’s body headquarters to promptly issue visas to diplomats.

The resolution, adopted on Wednesday, expresses serious concern over the non-issuance of US visas to delegates traveling to New York.

According to the text of the document, the General Assembly "Expects the prompt issuance by the host country of entry visas to all representatives of member states and members of the Secretariat pursuant to article IV, section 11, of the Headquarters Agreement, in a timely manner."

It also requests UN Secretary-General Antonio Guterres to remain actively engaged in the matter of relations between the United States and the organization.

The United States failed to issues visas to allow 18 Russian diplomats to participate in this year's meetings of the UN General Assembly First and Sixth Committees, which deal with disarmament and international security and legal matters, respectively.

In October, the UN Committee on Relations with the Host Country convened a meeting to address the question of diplomats from Russia, Cuba and Iran, among others, not receiving US visas to work at the organization’s headquarters in New York.

During the meeting, it was stated that Guterres believed the United States violated visa obligations as a host country by denying visas to members of the Russian delegation.