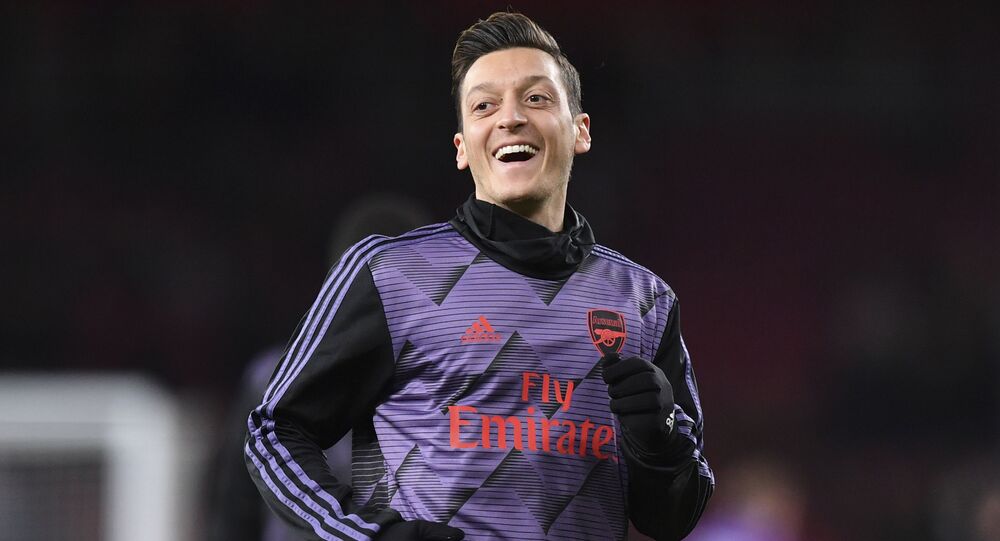 On Friday, German football player of Turkish origin Mesut Özil took to social media to criticise China’s treatment of the Uighur Muslim community in the Xinjiang region of the country. His post has provoked some strong reactions from China’s state media and authorities.

“China’s Communist Party propaganda outlets can censor Mesut Özil and Arsenal’s game all season long, but the truth will prevail”, Pompeo wrote on his Twitter. “The CCP can’t hide its gross human rights violations perpetrated against Uighurs and other religious faiths from the world”.

German born player Özil, 31, who practices Islam and has Turkish roots, called Uighurs “warriors who resist persecution” in a social media post last week highlighted by an image of the Eastern Turkestan flag widely used by Uighur independence supporters in the background. In the post, he denounced Beijing’s controversial educational policy towards its Turkic minority and lack of reaction to the Communist Party’s allegedly anti-religious practices against the Muslim community as a whole.

​On Saturday, China’s state broadcaster reacted to Özil’s comments by pulling its coverage of the Arsenal-Manchester City match, which was also not broadcast by other video streaming platforms. The move was later explained by state media outlet the Global Times as a reaction to Özil’s “false comments on Xinjiang affairs”. China’s Foreign Minister Wang Yi also responded to the footballer by saying that the Arsenal player has “been deceived by fake news about Xinjiang” and invited him to visit the region.

Some of Özil’s fellow footballers have criticised his political appeal, with ex-Manchester City midfielder Yaya Touré, originally from the Côte d’Ivoire, saying that the footballer should not have spoken out on the issue. Some of Arsenal’s fans even called on the club to release German-born player. In the meantime, Arsenal has stressed in a statement that it remains “always apolitical as an organisation”.