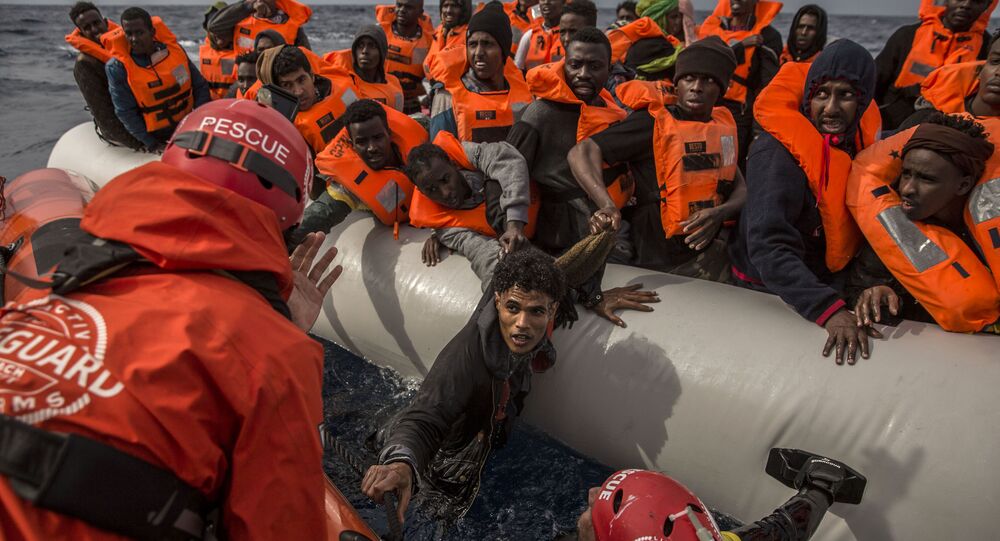 WASHINGTON (Sputnik) - All but a tiny percentage of migrants want to eventually return to the homes they fled, a challenge for nations that hope to attract expatriates and their skills, a new Gallup poll compiled from surveys in refugee camps throughout the world revealed on Tuesday.

"The strong majority of migrants (77 percent) say they would like to stay right where they are. Few would like to move again, and if they did, it wouldn't be back home", a press release summarising the poll said.

Sixteen percent would like to move to another country while just 7 percent want to return home, the release said.

The release singled out Ukraine, where President Volodymyr Zelenskyy has pleaded with his nation’s expatriates to come home with the skills and knowledge attained abroad to help the impoverished nation develop.

The Gallup poll indicated that Zelenskyy has a tough sell, with just 2 percent of his nation’s exiles wanting to return - a percentage that also applies to migrants from Indonesia, Philippines, Poland and Uzbekistan.

Iran, Iraq, Bosnia-Herzegovina and Kazakhstan proved even less attractive for potential returnees, with just 1 percent wishing to return, according to Gallup.