A crusade against Chinese tech giant Huawei is currently unfolding in the US, with multiple new pieces of legislation and proposals about to come into force prohibiting American companies from importing from and exporting to “adversary” countries.

The US Department of Commerce is currently finalising a set of rules aimed at limiting exports of sensitive  technology  to adversary countries, such as China, and the list is expected to include far fewer restrictions than was initially feared, a document exclusively seen by Reuters shows.

The five proposed rules would apply to exports of goods from the US, as well as made-abroad items that contain a large amount of American components, and would reportedly cover products like quantum computing and 3D printing technologies in a bid to prevent sophisticated equipment from being obtained by rival states. US businesses initially feared that the Department of Commerce would draw up much more extensive and tougher regulations across a wide range of high-tech sectors, which could have been a major blow to American exports.

“Based on their titles, the rules appear to be narrowly tailored to address specific national security issues, which should go a long way to calming the nerves of those in industry concerned that the administration would impose controls over broad categories of widely available technologies”, says ex-Assistant Secretary of Commerce for Export Administration Kevin Wolf, as quoted by Reuters.

The rules will now be submitted to international bodies for approval, according to reports, as well as shown to industry experts for comment.

In the meantime, the Financial Times reported, citing sources familiar with the matter, that many American companies were widely concerned by a separate proposal from the Commerce Department that would potentially empower the department’s secretary to block imports of sophisticated technologies from any country deemed a “foreign adversary”, asking the administration to give them more time to submit their reviews on the proposed initiative.

According to the reports, US technology businesses also declined the Trump administration’s earlier request to sign up to a set of principles that would effectively prevent them from buying from companies such as Huawei, according to sources briefed on the matter. The initiative is led by Under Secretary of State for Economic Growth, Energy and the Environment Keith Krach, who reportedly approached some 13 different American companies and associations, but they declined to sign the pledge, fearing that such a policy would effectively break competition laws.

“This was the latest attempt by the Trump administration to get us to shut out Huawei. But if we had come together to act against a global competitor like this, we would almost certainly have been sued”, one of the industry executives said, as quoted by the Financial Times.

On Monday, the US House of Representatives passed legislation prohibiting the government from buying communications from companies “posing national security risks” to American networks, potentially targeting Chinese telecom giant Huawei and some of its affiliates. The bill still requires a Senate vote in order to be implemented, but the legislation is seen as the Trump administration’s most recent pushback against Chinese tech company.

In May, the White House signed an executive order prohibiting American businesses from cooperating with companies deemed a “national security risk”. Huawei and around 70 of its affiliates were later barred from buying gear from American suppliers due to accusations of illegal surveillance practices on behalf of the Chinese government, accusations that have been repeatedly denied by the company’s executives, who consider the charges unjustified and politically motivated. 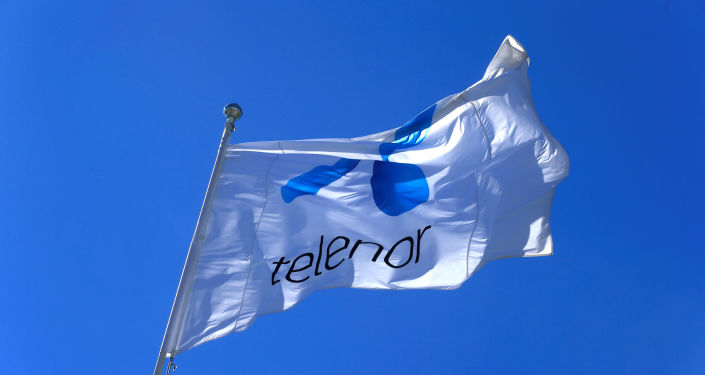 © REUTERS / Ints Kalnins
In a Blow to Huawei, Norway’s Telenor Picks Ericsson to Help Build its 5G Network
Some US allies have also been concerned about Huawei’s alleged spying activities amid pressure from Washington. This recently prompted some tech giants, such as Spain’s Telefonica, to severely reduce the amount of equipment it buys from Huawei in relation to its superfast next-generation 5G technologies, with the company’s chief executive branding the decision “purely technical”.
...
Reddit
Google+
Blogger
Pinterest
StumbleUpon
Telegram
WhatsApp
73
Tags:
China, Huawei, United States
Community standardsDiscussion
Comment via FacebookComment via Sputnik