US Sen Graham Proposes Alternative to JCPOA, Does Not Object to Iran Having Nuclear Power

MOSCOW (Sputnik) - US Republican Sen. Lindsey Graham has proposed an alternative to the Iran nuclear deal, known officially as the Joint Comprehensive Plan of Action (JCPOA), and is not opposed to Iran having nuclear power as long as producing a nuclear bomb is guaranteed impossible.

"I think a good alternative to the JCPOA would be a regional agreement where people can have nuclear power but the fuel will be provided outside the region so that nobody can have a march to a bomb," Graham said while speaking at the annual Doha Forum in Qatar on Saturday.

The senator from South Carolina acknowledged the desire of Iran and Arab nations to have their nuclear power facilities but noted that most nations with that capacity import enriched uranium from abroad.

"I’ve never objected to Iran having a nuclear power program, I object to the Iranians enriching uranium; given their behaviour, I don't trust them," Graham also said, while delivering a keynote speech at the forum.

In 2015, Iran, the United Kingdom, the US, China, Russia, France, Germany and the European Union signed the JCPOA. It stipulated that Tehran significantly limit its nuclear program in exchange for the lifting of international sanctions. 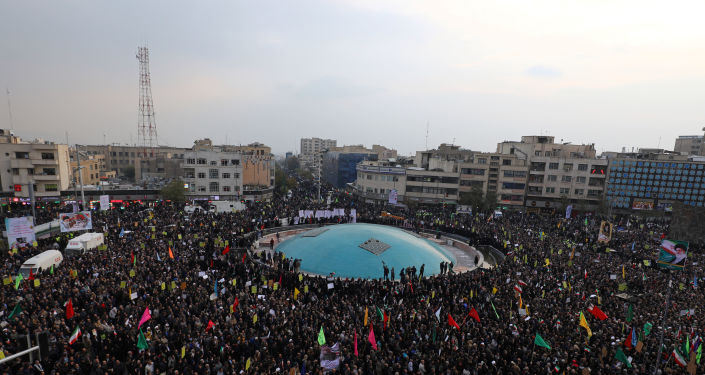 © REUTERS / WANA NEWS AGENCY
Malaysian Prime Minister Slams US Sanctions Against Iran as Clear Violation of UN Charter
In May 2018, the US withdrew from the deal and reimposed economic sanctions on Iran. Roughly a year later, Tehran responded by warning that it would steadily abandon its JCPOA obligations every 60 days unless the other signatories helped facilitate continued oil and other trade with Iran.

It has since been gradually following through on its warnings, and on November 7, Tehran began its fourth stage in the process — enriching uranium at the Fordow Fuel Enrichment Plant.