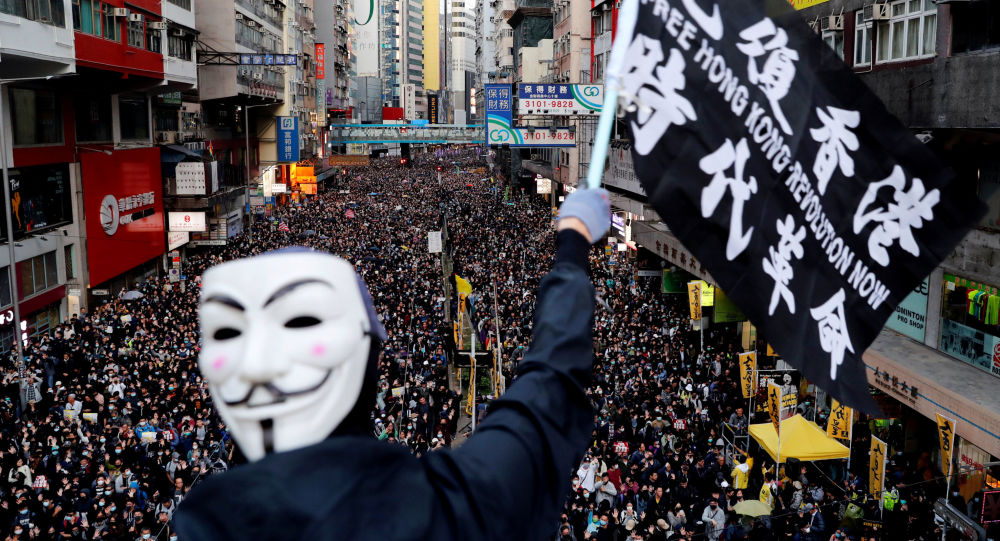 In late November, the US House of Representatives passed two bills to sanction Chinese and Hong Kong officials involved in alleged human rights abuse and to ban export of crowd control weapons to the city’s police that can be used to crack down on protesters.

Chinese Foreign Minister Wang Yi has blamed the US for seriously damaging bilateral trust by slamming Beijing over Hong Kong and Muslim Uighurs.

He pledged that China will “resolutely fight against external forces that interfere in Hong Kong’s affairs” and “sever the black hands” supporting protests there.

Wang accused the US of using various international events in order to bash China’s social system, development path, and mutually beneficial cooperation with other countries.

This followed US President Donald Trump signing laws that ban the export of crowd control weapons to Hong Kong police.

Hong Kong has been facing a wave of rallies against a now-withdrawn extradition bill since June, with the protests eventually escalating into violent confrontations between demonstrators and the police.

Beijing says that the situation in Hong Kong is a direct result of foreign interference in China's domestic affairs, expressing full support for the local authorities' actions.

The developments come against the background of the ongoing trade row between Beijing and Washington which erupted in June 2018, when the US imposed the first round of tariffs on Chinese imports, prompting Beijing to respond in kind.

In his latest move, Trump tweeted that the US and China are on the verge of signing a “big deal” on bilateral trade. This was preceded by US National Security Adviser Robert O'Brien saying that Washington wants a trade agreement with Beijing, but that it won't turn a blind eye to the situation in Hong Kong.

In a separate development, the US Department of State imposed visa restrictions against senior Chinese officials in October over allegations of human rights violations in the Xinjiang Uighur Autonomous Region.

Beijing has repeatedly denied the existence of such camps, claiming that the unsubstantiated accusations are connected to what it insists are vocational colleges set up as part of counter-terrorist efforts in the region.