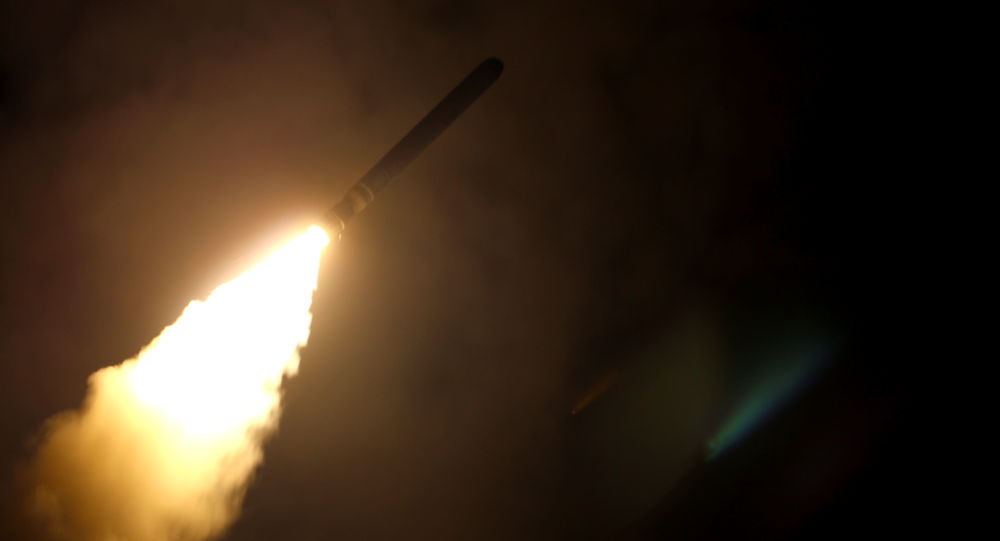 MOSCOW (Sputnik) - The Kremlin believes that Washington's recent test of a ballistic missile banned by the collapsed Intermediate-Range Nuclear Forces (INF) Treaty is a proof that the Unites States has long aimed at destroying the deal, Kremlin spokesman Dmitry Peskov said on Friday.

"I cannot comment on it anyhow from the technical point of view, regarding the technical characteristics of the missile, but we have repeatedly said that the United States has long been preparing for violating the INF provisions. This is a speaking proof of the fact that the deal was in fact destroyed at the US initiative, which is regrettable for us," Peskov told reporters.

Russia is worried over the United States' test of a missile that was previously banned by the Intermediate-Range Nuclear Forces (INF) Treaty, Vladimir Yermakov, the head of the Foreign Ministry's Department for Non-Proliferation and Arms Control, said on Friday.

"This makes us worried. We will certainly take this into consideration," Yermakov said.

Washington had the right to conduct this test, since it had already withdrawn from the deal, Yermakov noted.

However, the fact that the INF-banned missile was tested just several months after the INF was terminated proves that the country had been long developing this kind of weapons, the official explained.

Washington's recent successful ballistic missile test proves that the country used to violate the now-collapsed Intermediate-Range Nuclear Forces Treaty with Russia, as it is not possible to create such a missile within nine months, despite such claims, the first deputy head of the Russian lower house's defence committee said.

"This proves once again that the Americans are being cunning when they accuse Russia of being non-compliant. They proved themselves that they were not compliant. One cannot create a missile within just nine months starting from scratch. This is not possible. There is such a thing as production cycles. One needs years, not nine months, to go from theory to practice," Andrei Krasov said.

"The Russian Federation is calling on the US side once again to return to compliance with the INF Treaty," Krasov added.

US Secretary of Defence Mark Esper praised on Thursday the successful test of the INF-banned ground-based missile, noting that it had taken less than nine months, instead of the usual two years, to go from concept to launch. According to Esper, work on the missile began after Washington withdrew from the INF.

Since the INF, signed in 1987, is now suspended following the US' unilateral withdrawal, nothing prevents Russia from creating and testing missiles of this class as well, the lawmaker said.

The nuclear pact, signed by the United States and the Soviet Union in 1987, was terminated on 2 August at the United States' initiative after the country formally suspended its INF obligations six months earlier. Both countries had repeatedly accused each other of violating the deal, which banned any ground-launched ballistic and cruise missiles with ranges of 500 to 5,500 kilometres (310 to 3,417 miles).

In September, Russian President Vladimir Putin sent a proposal to leaders of several countries, including NATO members, to introduce a moratorium on the deployment of INF Treaty-covered missiles in Europe and other regions. Later, NATO confirmed that it had received the letter, but did not consider this proposal credible.