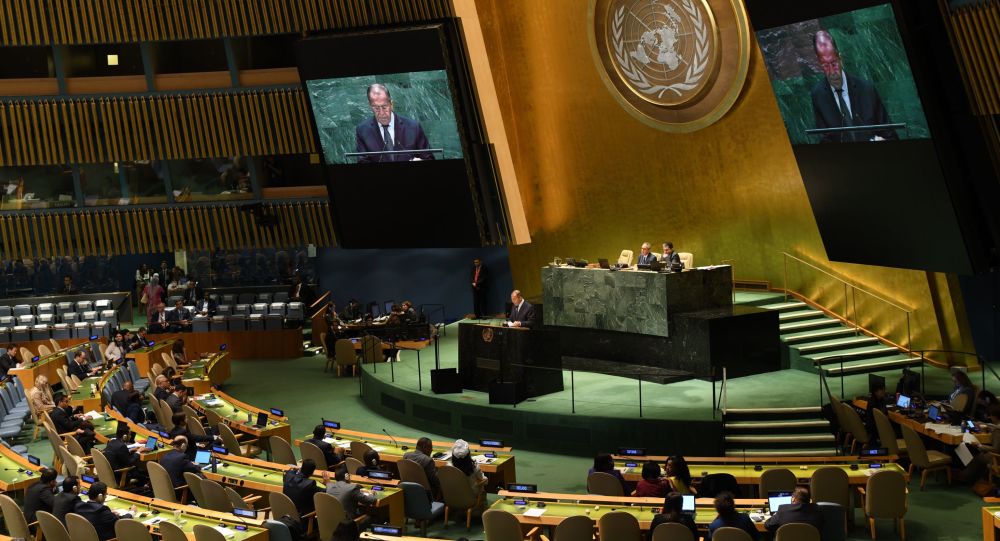 Three of the documents adopted late Thursday tackle the issue of avoiding a conflict in the space are dubbed "Transparency and Confidence-building Measures in Outer Space Activities", "Further Practical Measures for the Prevention of an Arms race in Outer Space" and "No First Placement of Weapons in Outer Space. The other two drafts address preserving existing armed control treaties and strengthening information security.

The first resolution encourages countries "to continue to review and implement to the greatest extent practicable, the proposed transparency and confidence-building measures contained in the report, through the relevant national mechanisms, on a voluntary basis and in a manner consistent with the national interests".

The text of the second resolution urges the international community to continue undertaking efforts to maintain peace and improve security in the world and avoid conflict in space.

The third document asks all states, "especially spacefaring nations, to consider the possibility of upholding, as appropriate, a political commitment not to be the first to place weapons in outer space".

#Lavrov: I would like to say with certain optimism that I am encouraged by the approval of the Russia-submitted draft resolution on consolidating the system of treaties & agreements on arms control, disarmament & nonproliferation by the UN General Assembly First Committee... pic.twitter.com/X8fKK9hrfb

The resolution dubbed "Developments in the Field of Information and Telecommunications in the Context of International Security" expresses concern that some countries develop information and communications technologies (ICT) for military purposes and the probability of using ICT in future conflicts is growing.