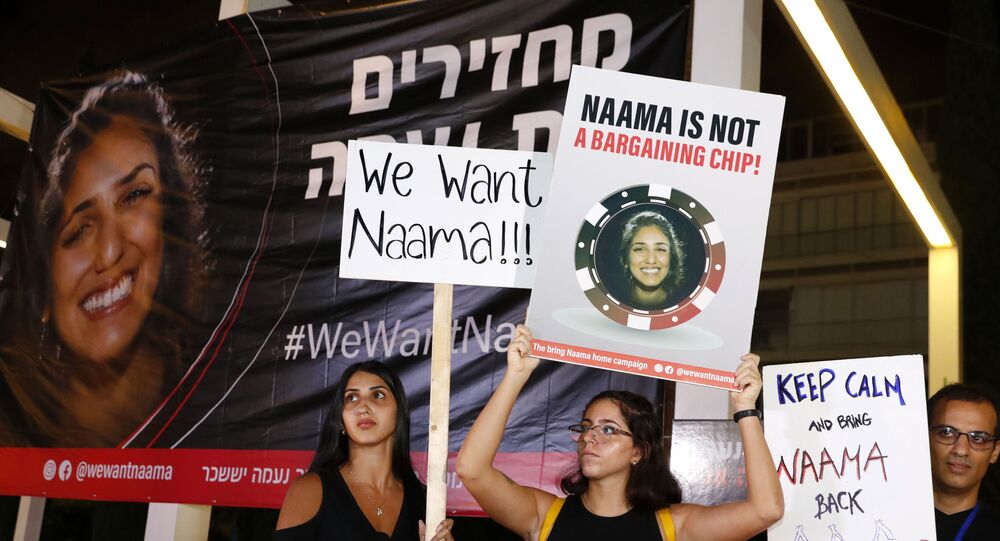 MOSCOW (Sputnik) - Israel is hoping for the imminent release of its national Naama Issachar who is serving a 7,5-year sentence on drug charges in Russia, a temporary charge d’affaires at the Israeli Embassy in Russia said in a statement on Thursday.

“The Israeli public is anxiously following the fate of Naama, and the current situation has been discussed several times at a high interstate level. We respect the Russian judicial system and hope that Naama Issachar will be released in the very near future, given her age and the length of time she has already spent in custody,” Yacov Livne said in the statement released following his attendance of a Moscow Regional Court hearing on her case.

Israeli-US national Issachar was arrested at a Moscow airport in April this year while on a layover between Israel and India. She was found in possession of nine grams of marijuana and sentenced to 7,5 years in prison on smuggling charges.

The penalty has been harshly criticized in Israel as disproportionate since the amount of drugs found was allowed for personal use in Israel, though it is considered illegal in Russia.

There was speculation that the arrest was politically motivated, aimed at exchanging Issachar for Russian national Alexei Burkov who was held in custody in Israel. Burkov was, however, extradited to the US where he is wanted on charges relating to money laundering and computer hacking in late October.