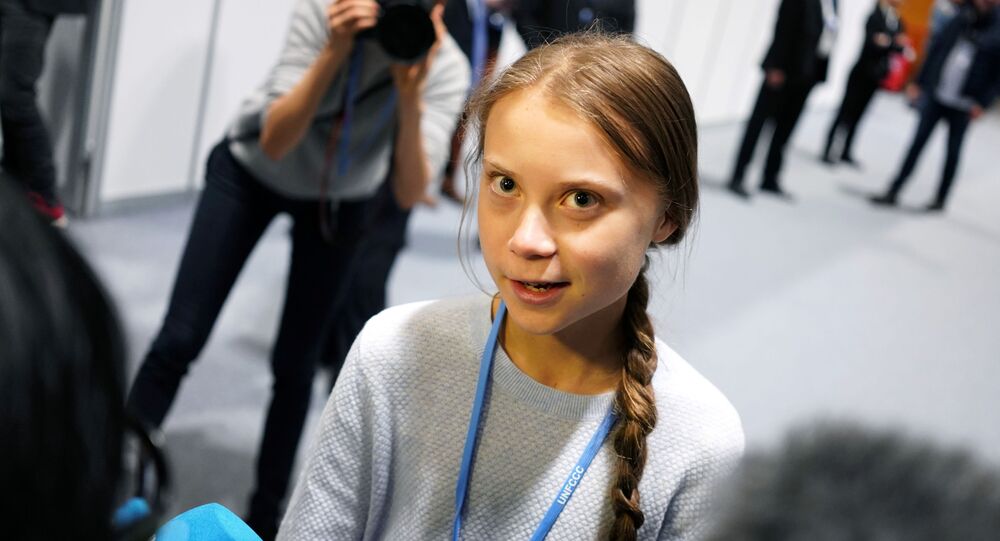 On Wednesday, Time magazine named sixteen-year-old climate activist Greta Thunberg Person of the Year 2019, thus making her the youngest person to be awarded this title in the magazine's history.

US President Donald Trump has questioned Time's choice of Person of the Year 2019, slamming their decision to grant this title to Swedish teenage ecoactivist Greta Thunberg as 'ridiculous'.

In a tweet, Trump gave a piece of advice to the young awardee, saying that she should work on her anger management problem.

​As per usual, Trump's statement just could not be left unnoticed and caused an avalanche of mostly angry tweets.

Greta must work on her anger management problem? Are you serious? I can’t believe Trump is this petty, dumb, and blackhearted to bully a 16-year-old kid out of pure jealousy that she made the cover of Time Magazine for Person of the Year over him. Trump needs to deal with it.

​​Some users recalled the reports about the fake copy of Time Magazine with President Trump on the cover hung up in at least four of his golf clubs.

One of these is #TIMEPersonoftheYear2019, the other is @realDonaldTrump pic.twitter.com/V83qr7vDoQ

​Another user brought up the recent statement by First Lady Melania Trump condemning a mocking reference to her son during an impeachment testimony.

"You should be ashamed of your very angry and obviously biased public pandering, and using a child to do it," Melania Trump on *checks notes* Pamela Karlan. #BeBest

​​Most notably, Greta herself indirectly responded to Trump's criticism by changing the description in her profile on Twitter.

The Swedish teen rose to prominence this year for her impassioned “How Dare You?” address to world leaders on the issue of climate change. While she became an environmental activist idol for some people, she also provoked quite a lot of ire, being regarded by some as a pawn in a bigger game.