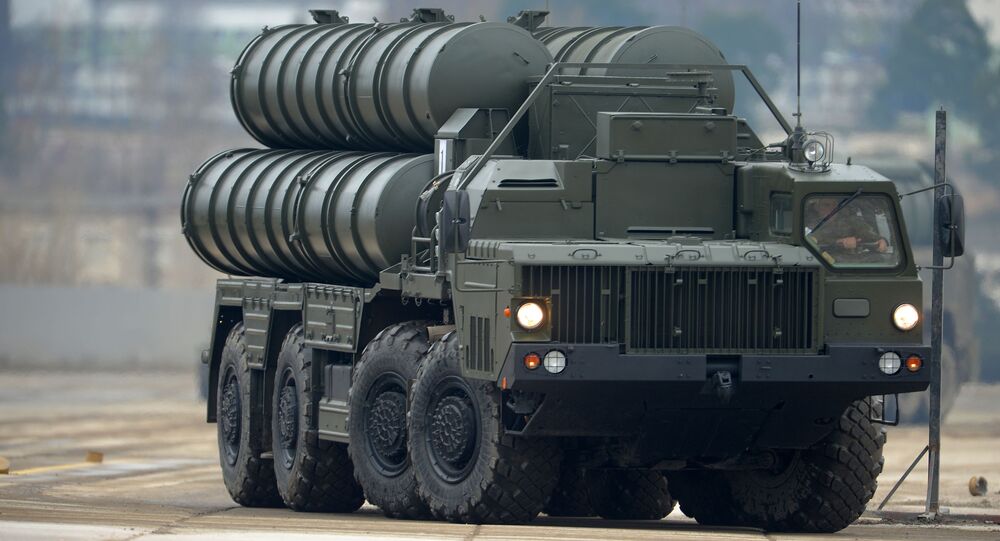 On Wednesday, Turkish Foreign Minister Mevlut Cavusoglu made it clear that Ankara could kick the US out of the Incirlik airbase if Washington goes ahead with sanctions linked to Turkey buying Russia’s S-400 missile systems.

In a statement on Thursday, the Turkish Foreign Ministry warned of far-reaching consequences from the planned US sanctions against Ankara pertaining to its purchase of the S-400 air defences.

“The reasons why the US Senate’s Foreign Relations Committee passed a draft bill aiming to impose sanctions against our country under the pretext of Operation Peace Spring and the S-400 system are obvious. It is the deep resentment felt by some circles after the heavy blow we dealt to the project which was being meticulously planned for a long time,” the statement said.

According to the ministry, the sanctions-related initiatives are conducted in both houses of the US Congress “through internal political considerations and supported by known anti-Turkish circles.”

These are “yet another manifestation of the disrespect shown towards our sovereign decisions concerning our national security,” the ministry said, adding that “those initiatives have no other function than to harm Turkish-US relations.”

The ministry recalled that they had already given relevant response to a similar draft document passed by the House on 29 October and that “attempts to bring this new draft bill to the Senate floor show that our explanations fall on deaf ears.”

“We call upon the US Congress to adopt a constructive approach safeguarding our common objectives to develop Turkish-US  relations which were confirmed at the highest level in recent weeks and to act in a reasonable manner,” the statement concluded.

US Imposes Sanctions on Turkey Over Its S-400 Purchase

This comes hours after the US Senate Foreign Relations Committee approved the “Promoting American National Security and Preventing the Resurgence of ISIS [Daesh*] Act” stipulating sanctions against Turkey over its move to buy Russia's S-400 air defence system.

The move was preceded by Turkish Foreign Minister Mevlut Cavusoglu warning on Wednesday that Ankara may force the US to vacate the Incirlik airbase if Washington moves ahead with sanctions over the S-400 purchase.

He added that Turkey would not support NATO's efforts to “protect” the Baltic States from the alleged Russian threat until the alliance adopted a plan to safeguard Ankara from the “terrorist” threat posed by Kurdish militias.

Last month, Turkish President Recep Tayyip Erdogan said after the meeting with his US counterpart Donald Trump in Washington that although Ankara might buy US Patriot systems, it considers the US requests to get rid of Russia's air defences an infringement upon its sovereignty.

The US has repeatedly threatened to sanction Turkey over its decision to buy the S-400s, moving to halt the delivery of F-35 fighter jets to Ankara which got the first S-400 battery earlier this year.

The US objects to Ankara acquiring the S-400s, claiming that they are incompatible with NATO security standards and may compromise the operations of its fifth-generation F-35 fighter jets, allegations that Turkey vehemently rejects.

Moscow and Ankara signed a loan agreement for the supply of the S-400s to Turkey in September 2017. Russia completed the first shipment of S-400 components to Turkey in late July 2019, with Erdogan stating that that the S-400s will be fully operational in the country by April 2020.

*Daesh(ISIS/ISIL/Islamic State), a terrorist group banned in Russia and a number of other countries